Born on February 10, 1970 in the Fukushima Prefecture, Japan, Nobushige Kumakubo is a Japanese drifting driver who competes in the D1 Grand Prix series and one of the most important and influential figures in the history of drifting. Having the nickname Kuma, he is considered as one of the pioneers of drifting. Currently, Kumakubo is competing in the European Drift Championship driving his Subaru Impreza WRX STI. 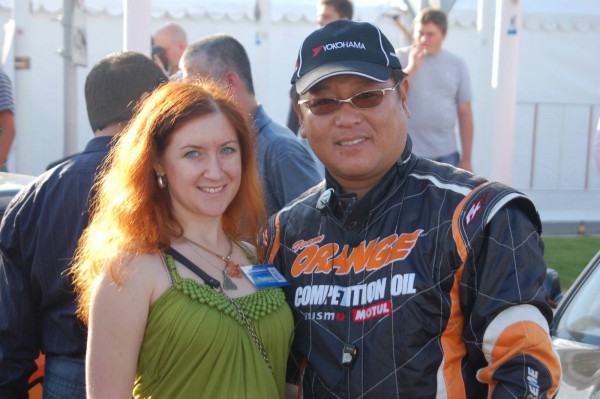 Kumakubu inherited a large piece of land in Nihonmatsu, in the Fukushima countryside on which he build the praised Ebisu Circuit. Besides being the owner and General Manager of the historic racecourse and the leader of Team Organge, since 2005 Kumakubo has also participated in the Japanese championship. He started the championship driving a Subaru Impreza with converted rear wheel drive. In 2007 he switched his car to Mitsubishi EVO 9 and in 2009 finally replaced it to a Mitsubishi EVO X.  In the national championship he won the title in 2006 and 2012. No matter what car he drives, his known intence attacking style in Tsuiso remains the same.

His major drifting achievements are:

..CLICK BELOW ON NEXT PAGE..READ ABOUT ALL THE GREATEST DRIFTING MASTERS IN THE WORLD..