Born in Toronto, Patrick Cyr is one of the few drifting veterans still competing in the 2013 DMCC championship. He has participated in it since 2007.

In August 2004, by a suggestion from a friend Pat participated at his first drift practice event called Drift Ops. After that, he instantly knew that drifting is what gives him the utmost passion and self-realization. At last, in 2007, Pat appeared for the first time into the DMCC. He immediately gained a strong fan base mainly because of the continuing use of his AE86 Corolla, a car which is becoming more and more a rare sample in the professional competition. He also toughened his fan base by demonstrating drift entry speeds which are almost impossibly fast, as well as a deranged driving style which successfully confuses competitors and judges to this day. 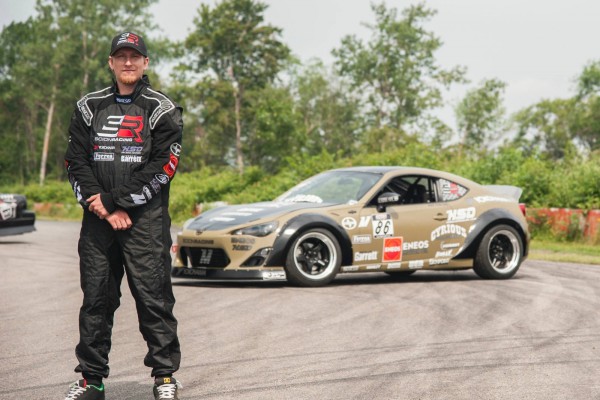 Coming from Ontario, Patrick Cyr has become a true legend in the scene of drifting. Since 2007, he has been competing in the Drift Mania Canadian Championship. Looking always for some new responsibilities and adventures, he hosts the Scion Tuner Challenge.

Now, Cyr drives a Scion FR-S, which is a rare sample among cars which are modified for drift racing.

Many people today consider Cyr as the most aggressive driver emerging from Canada, a title he has earned by being the best Canadian driver in DMCC, as well as with his successful trips across the U.S in 2010...CLICK BELOW ON NEXT PAGE..READ ABOUT ALL THE GREATEST DRIFTING MASTERS IN THE WORLD..