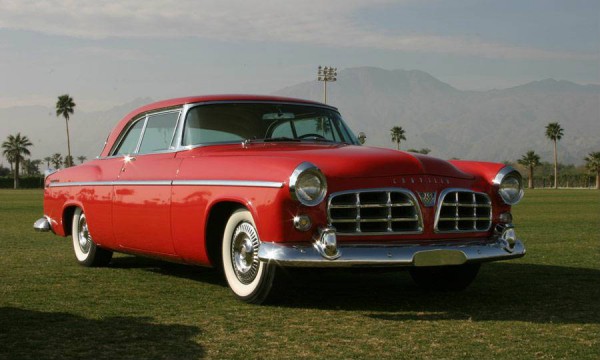 1955 Chrysler C-300 is believed to be the first American muscle car. With its appearance, the horsepower wars have begun.

The C-300 has 331-cubic-inch Hemi V8 which produces 300 horsepower and 345 pound feet of torque. It was characterized as the banker`s muscle car as it is a marvelous combination of refinement and luxury.

What is most fantastic about this car is its design. It is partly inspired by 1955 Chrysler Imperial and Windsor.