The generation of cell phones couldn’t really make people to forget about watches. In this manner, there were smart watches after smartphones. But the good old watches are still trendy, and they always will be. Likewise, regardless if technology advances towards self-driving luxury cars, vintage cars will always remain classic rides. The charm of these cars is unmatched. Mustn’t also forget that vintage cars are what paved the way for every modern car you see today.  This is the reason why we put up a list together of 20 vintage cars that are a must have in every car collection. Which one of these vintage cars would you pick as your favorite? Let’s check them out.

Mercedes-Benz W198 (aka 300SL) was the first West German sports car of the Mercedes-Benz brand from the post-war period. The car was first presented at the New York Auto Show in 1954 as a street version of the W194 racing car. Originally, the car was made only in double coupe with unique gull wing doors. In 1957, there was an open version -- roadster.

The team of designers led by Rudolf Nallingera began developing the new generation of a race car in 1951.  The car has absorbed a lot of the most advanced technology at the time. The racing version of the Mercedes-Benz 300SL was built in 1952-1953, thanks to which the same model was widely familiar in the automotive circles.

The official importer of Mercedes-Benz vehicles in the US Max Hoffman urged the representatives of the producer group in the need for a road-going version of the car, and assured them that in the New World only, he is willing to sell 1000 copies of the sports coupe. 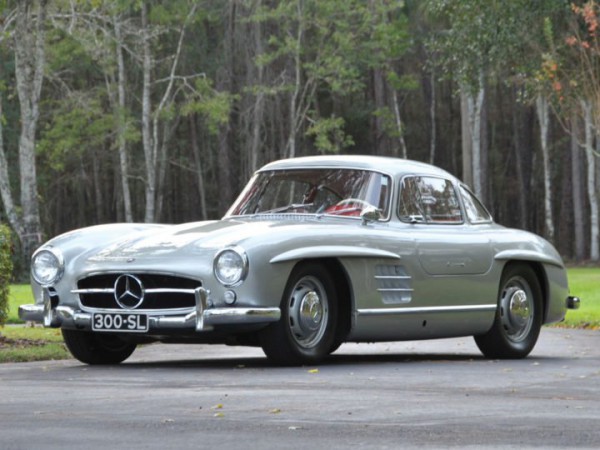 ..CLICK BELOW ON NEXT PAGE to CONTINUE and Read more about the next vintage car on this list…