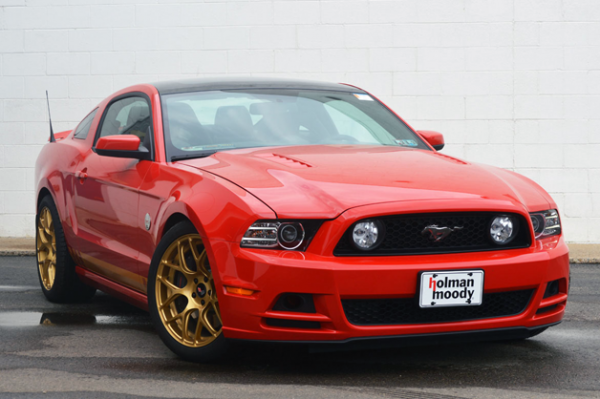 Every Ford racing fan, Mustand obsessed or just a normal follower of the SEMA coverage, have heard about the story of this Red Devil, Racing Mustang you see in the pictures. If you haven’t got a chance to hear the story here it is..

It was 1964 when Holman & Moody was tapped by the English Alan Mann Racing Team to prepare 3 Mustangs that were supposed to race and compete in the badass arduous 4000 miles called Tour de France Automobile rally.

The 3 Mustangs were meant to compete mainly against  Jaguar MkII saloons over 10 days and 17 stages. They the top 2 places in the Touring class and the first ever racing win for Ford’s pony. This was spoken through the history but wasn’t that well known in the US.

The subsequent decades were full with racy versions of the car but they haven’t touched as deeply as that first Mustand win. Till the last year it was very silent about the H&M Mustand when suddenly there was a tribute on the SEMA show.

This “not for everyone” vehicle represents a new venture for H&M. This legendary racing company has spent its last decades stabilizing its keep by restoring “old school” speedster racing cars. This looms the question, what about the next year’s anniversary?

Forgive us, we speak of this car but we haven’t even presented this old school beast to you. We are just too excited because we understand how rare and powerful this model is. We know its importance, history and meaning to the race world. 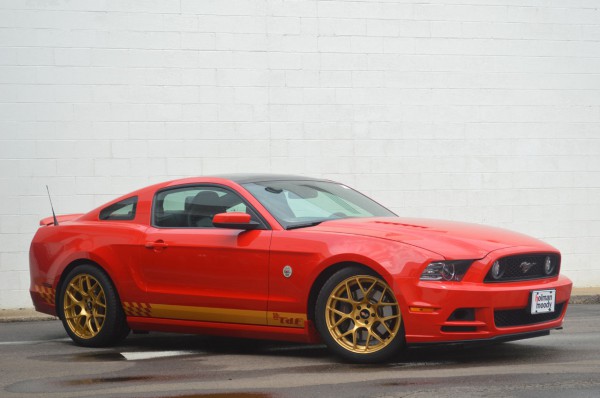 This beast drives on 5.0L V8 engine that is more than powerful to transport its 444 horses where the driver desires. Even if it is an old and vintage model, this vehicle meets the criteria of today’s racing car. It is badass to its core.

It offers a 6-Speed Manual and Rear-Wheel Drive to maneuver with its 3,500 LBS slim body. This will burn 1 Gallon of fuel in 17 miles while driving through a city. If you want to take the wheels in an open road it will burn the same gallon in 26 miles.

If you are a guest in this car you can choose a seat from the 4 possible options and there is 13.4 CU-FT available space for your cargo. There is also a great amount of comfort and space for you to feel awesome through the speedy drive.

This complete package comes with a base price of $43,291, yeah even that 1 dollar matters don’t get too cocky. If you want to drive this vehicle as its tested version with all its upgrades than you will have to pay a little more, and when we say a little more we mean $53,171, I don’t know what is with that 1.

“Before he even climbed behind the wheel of the TdF Mustang, He knew that this would be a car to blind the eyes of the public and that only based on its striking looks. The Race Red paint with gold side striping and model the golden 19-inch wheels and its classy posture makes the car a celebrity.”

This was said from a guy who gave a driving note. This was purely to paint you a better picture about what we talk in this article. To sum up this is a legend that needs its proper attention. What comes from us we gave an entire article about its awesomeness. Here are some images: