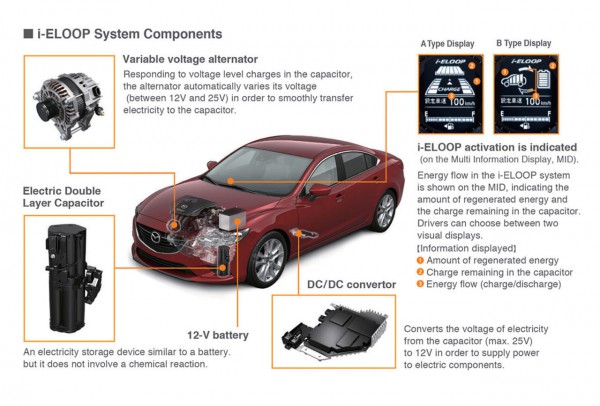 The process is established with an alternator, a DC/DC converter, and at the back of the front fascia capacitor. The produced electricity can be used for powering audio and climate control devices. The advantages of using this tool are engine load reduction and fuel economy.

The starting price is $31, 775 (the offer does not include destination) offered in Grand Touring Package, which goes along with  a lane departure warning, Sport mode,  high beam control, forward obstruction warning and radar cruise control – the latter two are momentarily offered in a discontinued package at $900.

The offer will be furthered in the 2014 Mazda3.