It is largely accepted that the Chernobyl disaster has been the most catastrophic nuclear power plant accident in history. Along with 2011 Fukushima Daiichi nuclear disaster, this event is positioned in the International Nuclear Event Scale`s maximum classification. The aftermath encompassed more than 500,000 endangered workers and the damage was priced at 18 billion rubles.

Today, there is an is officially designated exclusion area around the site of the Chernobyl nuclear reactor disaster, which is further known as the Chernobyl Nuclear Power Plant Zone of Alienation. This place was initially evacuated and under military control. Today, the State Emergency Service of Ukraine governs this zone in which inhabitation and public access is strongly limited. 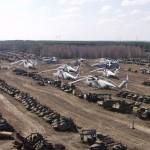 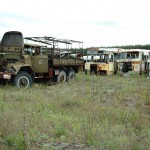 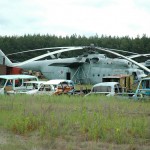 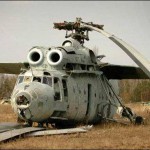 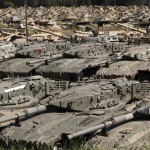 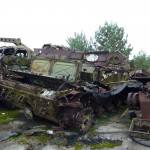 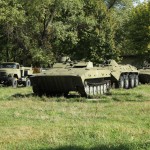 The accident left a massive vehicle graveyard behind. These machines are confined within the prohibited zone due to the existing radiation presence in them. These two videos will give you a better picture of the devastating Chernobyl outcome.