The accident occurred on a narrow street on Sloane Street in London, where the Aventador literally flies into the Mazda5, which slowly rotates to the right, and then gets into a parked BMW 3 Series. The owner of the parked Nissan Qashqai 2014 is luckier as it only got scratched. Was it speeding or not, it’s hard to say, but if you drive 60 km per hour, it is unlikely your car will take off into the air as it happens in the video below. 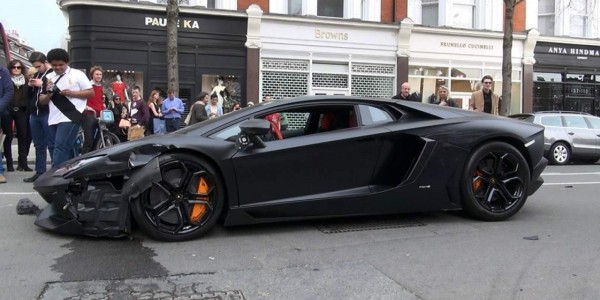 All three cars are in need of repair, and the owner of Lamborghini Aventador, is probably the saddest party in the incident. Fortunately, none of the people have been hurt. No one was hurt and according to the owner of the Lamborghini, they drove down the Sloan street for some time to show off the “flying” car. This area is known for the number of supercars, many owners want to show their expensive cars in here.

3 thoughts on “AMATEUR WOMAN DRIVER Performs The FIRST FLIGHT of the LAMBORGHINI AVENTADOR!”