Formula One or F1 as it is called, is the single highest class of single-seater auto racing and one of the top major league sports in the world. Owned by the Formula One Group and sanctioned by the Federation Internationale de l’Automobile, the various forms of racing has been topping in the world since it begun in 1950. The name ‘Formula’ refers to the set of rules which all the cars must adhere to within the sport. Grands Prix which is French for grand prizes or great prizes, is the name given to all the series of races which consist a Formula one racing season and take place of built circuits for the singular purpose of racing or on public roads. 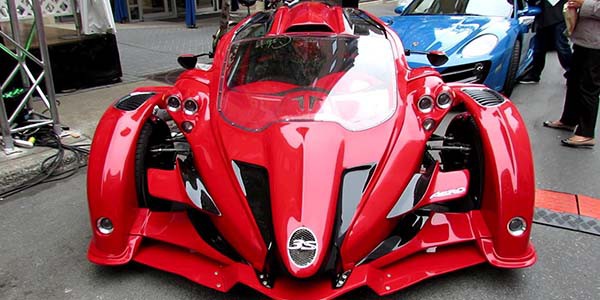 A point based system is used determine the annual World Champions for both drivers and constructors. With races held on highest grade-rating tracks issued by the FIA and drivers holding a super license, the races take place in rural areas although, some happen within city streets.

Formula 1 cars are without a doubt, the fastest regulated racing cars in the world and this is due to very high cornering speeds which are achieved through the generation of large quantities of aerodynamic downforce. Presently, the cars used in Formula 1 are allowed wider front and rear wings, hybrid engines which are limited in performance of a maximum of 15,000 rpm and a host of dependence on electronic devices minus traction control and other driving aids.

The type of battery used in Formula 1 cars can be seen to have been introduced in 2009 Belgian Formula 1 Grand Prix, where the race was decided with a touch of a button by Kimi Raikkonen’s Ferrari. He zoomed past Force India Mercedes driven by Fisichella and claimed the top spot. Ferrari in that season had deployed a new kinetic energy recovery system also called KERS, which provided a short term burst of speed when used timely. This new system was the determinant of the winner in the race.

This introduced the Formula 1 battery into the racing cars for the first time. KERS unlike its use in regular road cars, doesn’t not need the battery to start the engine. What it does instead is to use an external starter motor and a careful watch of the engine as it rumbles to life.  The work of the KERS battery is to be a store house of kinetic energy, the type generated while braking, and it made accessible at crucial points during a lap on the race course and will enhance the car’s overall speed.. Although KERS, was a major hit and race winner determinant, a new system was designed  called ERS, which uses both heat energy and kinetic energy  to increase the speed levels of the car by an extra 160bhp and this boost can aid in overtaking on a race.

With the coming of a newer system, there was need for batteries that had the advantage of been light, have minimal weight and this lightweight car battery is just what makes the car light enough to move at incredible speeds. They are premium is Formula 1 cars and the have the added ability of top performance in high temperatures with complete reliability that they would not implode. The cycling power of these batteries generates heat as it goes in and out but with a reliable cooling system in place the more heat the battery can stand the better the performance of the car.

Currently in the world of Formula 1 racing, the race cars use a total number of 4 batteries per season and there are speculations that this number will be cut into two batteries per season. In a race where the tinniest shift in brake balance during a lap around the track can mean the difference between been crowned champion, teams are in constant races to find the most efficient batteries and engines to power their cars, within regulations, and claim the top spots in these races. There are a lot of regulations in Formula one that determine the type of battery used in a race car, specifications of limits, battery weight, the numerous types of battery systems which can be used in a season, all this must be strictly adhered to or face severe penalties from the regulating body.

With speeds in excess of 350km/h reached at some circuits, and a speed record of 372km/h set in 2005 Italian Grand Prix by Juan Pablo Mayo, FIA regulations are strict when it relates to the power generated by the engines and batteries which fuel the race cars. Knowing the strong desire for championship by drivers and constructors, even the fuel used by the cars are strictly regulated by the FIA. With speeds that blow the mind, it has been said that one particular Formula 1 car achieved a speed of 415km/h in the Mojave Desert at top speed. This was made possible by the Honda and they claimed the car was built following complete adherence to FIA regulations. It takes between 1-2 hours to complete a full circuit when driving in a race, and the speeds needed to overtake turns, overtake drivers ahead of you or even start as the lead race car are high and can only be achieved through a lightweight car battery and turbo engine which would give the race car the boost it needs.

Formula 1is an adrenaline pumping sport and has been growing steadily over the years. The current champion with 5 championship titles is Lewis Hamilton. Engine suppliers are The Italian Ferrari and most times race favourites, the Japanese Honda leading innovators in fuel efficiency, the German Mercedes with engines that give that turbo charge required to take you through the finish line, the French Renault, simple, efficient, light and easy. The tyre suppliers are the one and only Pirelli. When the race is on, the focus is on which of these engines will cross the finish line first.