The call of the open road. It’s a big part of the American dream—owning a car and cruising down the interstate to check out yet another part of this great nation. In fact, Americans are in love with their cars. As late as 2018, we bought 17.5 million of them; more than ever before.

So what is it about owning a car that makes them so enjoyable? Is it just the knowledge that you can jump in the car and be on the road to somewhere new in record time? Or maybe it’s just the act of driving that makes it so much fun to travel through this great land. 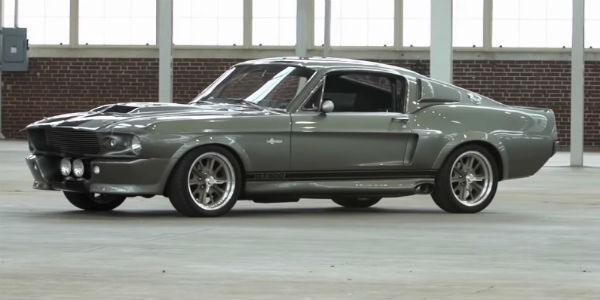 How America’s Love Affair Got Started

Unlike most European countries, American rail links are all but nonexistent. Save for the Acela train which runs between Boston and Washington, DC, there aren’t really any high-speed rail links between cities in the USA. Moreover, within cities, public transportation is often spotty at best and, at worst, nonexistent. This isn’t by accident though. It’s part of how America was built.

After World War II, several trends began to emerge. People began moving to the suburbs to build their families. Car ownership skyrocketed with the flight to the “burbs.” This meant that Americans became increasingly dependent on cars.

The advent of the Interstate Highway System in the 1950s further cemented car culture in the United States. The idea that clean, smooth highways dotted with rest stops could take you almost anywhere in the country meant that Americans began to spend more and more time at home and less traveling overseas. Indeed, it’s one of the things many people from other countries find most peculiar about Americans—that more than half of us don’t even have a passport.

Effectively, this means that cars have become increasingly central to the American way of life, allowing us to travel all over the country instead of needing to travel to other countries as people from most of the rest of the world do. This means that Americans tend to care more for their cars and treat them almost like they are members of the family.

Another thing that people from most other countries find strange about Americans is how we lavish our cars with love. Car washes abound in this country and it’s very common for people to want to buy car covers to protect their cars from the elements. That’s because we all want to make sure that our favorite mode of transportation is well taken care of for whenever we want to hit the road.

Another American thing regarding cars is the advent of NASCAR. While the car racing craze has recently begun to sweep across Europe, until fairly recently, it was strictly an American thing to be fascinated with watching cars make their way around a race track. That’s because car ownership is so much more ingrained in the American psyche than it is in the European world.

Indeed, most Americans would be shocked to learn that Europeans own fewer and smaller cars and that gasoline costs as much as $7.49 per gallon in many European countries. That’s a reflection of the fact that Europeans don’t feel the same kind of love affair with cars that Americans do. That would also explain why Americans love NASCAR so much while it’s barely a blip in the European radar.

While European cities have tried to actually ban cars in many city centers, Americans continue to buy cars in record numbers and are even putting themselves in ever greater debt to own that piece of the American dream. It’s a reflection of the car culture that exists in this country which makes cars so important to the American dream.

As Americans, we believe that owning a car is practically an essential part of our being and we cannot imagine a world without personal car ownership and the ability to drive just about anywhere we choose. Contrast this with Europe, where cars have never been that important and certainly have never been nearly as big as those that Americans tend to take for granted.