It is a very well known fact the trucking industry in the United States is the backbone of the American Economy for its huge and widespread connections all over the country.

But with the Coronavirus taking a deadly turn right now, killing thousands worldwide on a daily count, many industries have been adversely affected, and one of them is the trucking industry. Here down below are a few pointers on how the Trucking Industry has been affected by the COVID-19. Let’s have a glance: 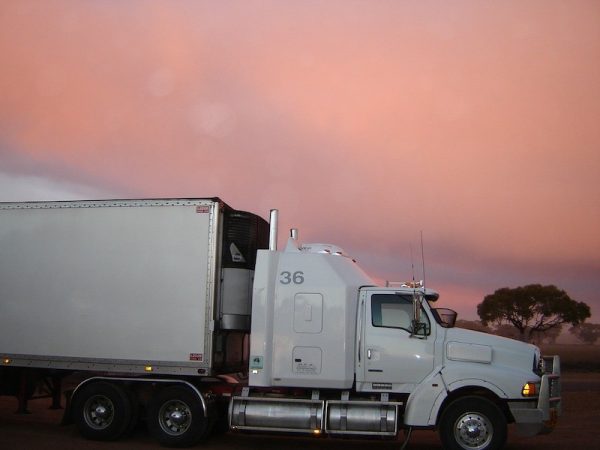 The number of trucks that run on the daily in the United States is huge, with almost about 2 million drivers going to work every day according to the data of a major list of companies online. But the number of truck drivers turning up for work is scarce due to the closing down of various restaurants, motels, gas stations and other places to avoid easy contamination. With such important public places closing down where the major uses of trucks were witnessed, the trucking industry is suffering from a major loss.

As it is known that the virus spreads through contact, hence social distancing is being encouraged all over the world to save oneself from the disease; truck drivers are refraining from coming to work lest they get in touch with someone affected. Several truck drivers are failing to arrive for a prolonged time; there is no way that the industry can continue its previous performance. And thus the trucking industry is forced to succumb to several losses.

With more days of lockdown extending the common people can very clearly comprehend the signs of food and other essential items gradually running out of grocery stores, supermarkets, and malls and in some cases online delivery stores have not been slowing down but rather increasing in an alarming number. As production in the factories has shut down due to the lockdown, truck carrier companies are clueless as to what to do.

Having nothing to transport, they are sitting jobless and waiting for an opportunity to start their carrying action once again. Now with workers lying up doing nothing productive and yet to a certain extent getting paid rightfully, it might be very sadly agreed to the fact that the industry might collapse with continuous expenditure and no income.

All trucks are not only always engaged only within the cities. It can be said that major trucks travel interstate and inter-country as per need. But now with this booming virus, their movement has been limited. In many cases, these inter-truck movements have been banned from fighting against the virus.

Thus trucks having commitments to some other state or country have to be cancelled and thus are forced to move about within a finite area which no doubt have a huge effect on the economic condition of the trucking industry.

Thus the situation of the United States and most other developed countries is dire. Their economy is hardly afloat, and the people are barely getting all their requirements fulfilled just for the fact that the Trucking Industry has taken a heavy blow amidst the coronavirus pandemic.

If seen more critically, one can easily understand that apart from these major ways, there are several other minor means for such suffering of the trucking industry as a result of the global curfew. There is a lot of inventory that needs to be refilled by them when this storm passes over.