This reporter from Australia will not soon forget the shooting. In the middle of the moderation a skateboard rebounds on his head. The TV station for which the reporter works posted this video on its YouTube channel mocking a bit with their employee as they say that got a sharp reminder of all the dangers that can happen on Live TV. In the video we can see how instead of a reportage, the reporter Mike Armor got a skateboard in his head. This is what it means to be dedicated to your job! 🙂

The Australian television reporter was making a shot of the scene on the beach in Los Angeles, when he suddenly received a blow on the head from behind. It was only a skateboard, departing from the nearby ramp. The man received a minor injury, after which he returned to shoot the reportage. This incident could have been worse. Fortunately for Armor, it didn’t. 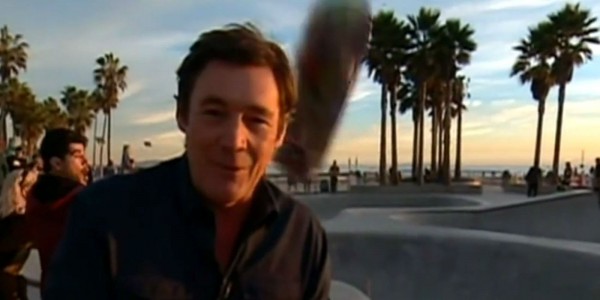