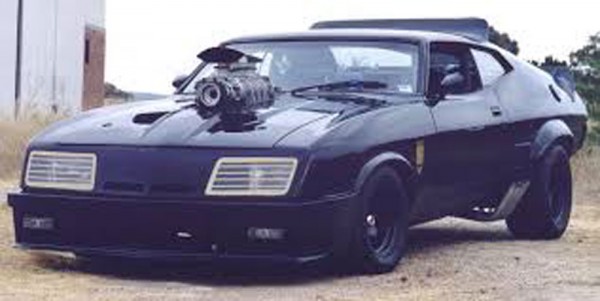 Another iconic movie muscle car from the legendary motion picture classic “Mad Max” from 1979. Looking from many different angles, this is by far the most modified muscle car in the whole film. This Ford Falcon XB GT Coupewas build especially for the Australian car marketand only 949 units were constructed. Therefore you can probably guess that there is not many of these in the northern hemisphere and they don’t come cheap either. It started as a Mustang originally intended for the US market in 1960, the XB Falcon model has a firm rear axle, pretty much simple body structure and under the hood there is an Australian built 300 horsepower, 351 cubic inch Cleveland pushrod V8 engine and a four speed manual transmission. In the movie, most of the original interior was kept the way it was, but as you can probably guess, the body went through some serious changes like a new design of the nose, rear spoilers, 4 barrel carburetor, Weiand 6-71 supercharger with Scott injector and the Zoomie side pipes. This car is very popular and has a legendary status in its native Australia, therefore people there make lots of replicas of this famous muscle car ..CLICK BELOW ON NEXT PAGE..READ ABOUT THE REST OF THE LEGENDARY MUSCLE CARS..