Buying a used car can be a simple or complex matter, depending on the kind of car you’re buying. If you’re buying a Toyota or a Honda for example, you can often rely on the fact that these cars are manufactured to high standards and built to withstand a lot of punishment. 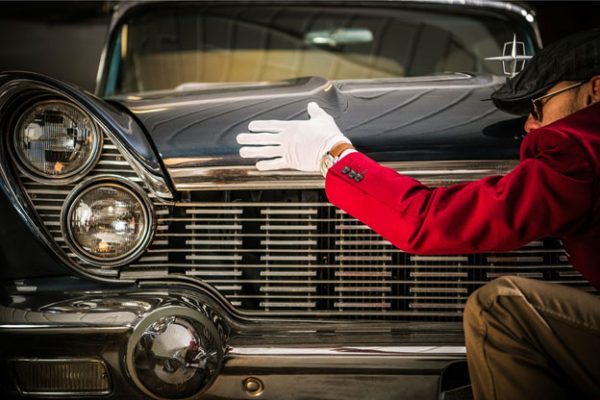 Buying a BMW or a Jaguar on the other hand, requires a lot of attention. You’ll have to know exactly what problems the model you’re looking at has, as reported by previous owners. So there’s no one-size-fits-all used car inspection checklist out there.

We can however, give you a general outline of what to inspect in a used car. This will cover basic telltale signs whether a car is worthy of your hard-earned money. An oil leak, for example, is never a good thing, from a Honda or a Ferrari.

We’re not trying to scare you off buying a used car, in fact, we recommend it! You can find cars that are a few years old but look and feel like new! Don’t believe us? Just head to Ottawa and you will find a ton of nice cars for sale right here.

Today’s cars are more complex than ever also, with lots of computer systems integrated to provide increased comfort and utility, at the expense of complexity.

Let’s look at some of the general guidelines to follow when you’re buying a used car.

Don’t buy a used car just because it looks great on the outside. With that logic, Alfa Romeos would be the best selling used cars on the planet! Instead, buy a used car using logic and market research.

Listen to your gut if something doesn’t convince you about a car you’re looking at. Learn to walk away. You don’t owe the seller anything.

And don’t think you have to compromise because you’re getting a good deal. There are plenty of other equally good deals attached to cars in better condition.

Learn these basics, and you’ll be ready to go hunting in the used car market.

The engine is the most important part of any car. It’s complex, with thousands of moving parts, each with a chance to go wrong and affect the overall car in various ways.

We’re not saying that an engine is as fragile as glass, but that’s how you should approach a used car’s engine.

Leaks are never a good sign of an engine’s health. Modern engines have a variety of fluids -- engine oil, transmission oil, windshield fluid and so on. Have a thorough look in the used car’s engine bay and see if you can spot a leak.

If there’s a leak, inquire about it from the owner. Ideally, you should walk away from the car. But leaks can be misleading -- they can point towards very small problems or major ones.

In any case, a car that’s been maintained well enough shouldn’t have any sort of leaks.

If the seller insists the oil leak is a minor problem, ask them to fix it before the sale takes place. Or you can ask them to lower the price. Having an expert mechanic on hand can also help here, as they’ll tell you exactly how much it’ll cost for you to fix it.

The color of a car’s exhaust can tell you a lot about the state its engine is in. Colorless exhaust smoke signals that the engine is healthy, with no apparent issues.

In any case, start the used car and let it idle for a few minutes. Some cars will emit black or white smoke (in cold weather especially) when they’re started, but that’s nothing to be alarmed about.

After a few minutes, notice if the car’s exhaust is still colorless. If it starts emitting blue smoke, it’s usually a result of the engine burning oil. This could mean either that the head gasket has blown, or the internal seals in the engine are letting oil into the cylinders. Both of these are expensive problems to fix.

White smoke (not to be confused with steam) signals that coolant is entering the cylinders and is being burned with fuel. You really don’t want to deal with engine repairs after buying a used car. There are plenty of similar cars with healthy engines out there, you have the option of walking away at this point.

Still, if you can get the car for peanuts then go ahead and buy it.

Modern car transmissions can be expensive and nearly impossible to repair. A shot transmission usually requires a complete (and expensive) replacement.

So before you buy a used car, be sure to test its gearbox. If you’re looking at a manual car, see if it’s able to shift gears smoothly without resistance or any grinding noises. Pay attention to the clutch as well -- healthy clutches will allow the car to start rolling around half way during pedal actuation. If you press the pedal all the way and the car still wants to move, either an adjustment needs to be made or the clutch pack needs to be replaced.

Automatic gearboxes are much more complex, for obvious reasons. Take the car for a test drive and let it sit in the park. Does it shudder or vibrate? Give it a little gas and see how it behaves. The transition from a complete stop to motion should be smooth. There should be no noises when the transmission shifts gears.

Exterior checks are easier to carry out for obvious reasons. Check the paint of the car at different points, and see if there’s even a slight mismatch. Mismatched paint colors are an obvious indication that the car has been in an accident before.

Check the underside of the car for signs of excessive rust, and especially the wheel arches, to see if there’s buildup of road grime or such. Clean wheel arches are a sign of a car that has been well taken care of.