Veronica Ferres is a popular name among the cinematography stage. In fact, she is an award-winning producer and actress that has become one of the highest-paid actresses in Germany, even though she was rejected by drama school! 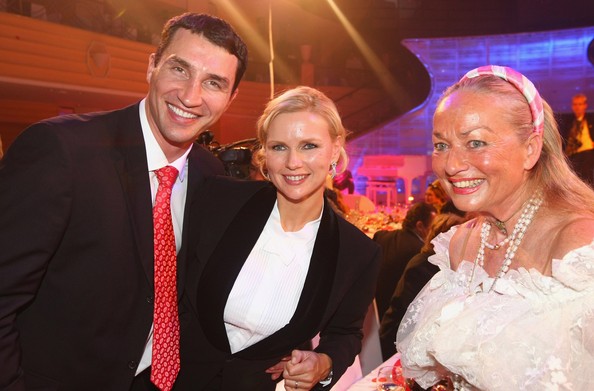 Ferres is also a success story of an actress that has reached very far due to the fact that she has received numerous awards, including “The Adolph Grimme Prize”, “The Bavarian Television Prize”, 2 ” Golden Camera Awards” and more!

But, what’s even more interesting is that aside from being one of the highest-paid actresses in Germany, she is also a great humanitarian that has donated a lot to charity purposes.

For instance, she is a patron for the “Children’s Hospice Burgholz“, which is a project founded by Bethe Foundation whose purpose is to improve and help the wellbeing of seriously ill and dying children.

The charity work is tightly focused on accomodating up to 12 children and for boosting their happiness even in case of severe health issues, where death is surely inevitable.

Moreover, since 2009, Ferres started to support the HOPE Cape Town Association & Trust, which is a non-profit association that is closely involved in dealing with HIV, tuberculosis, and AIDS which are, unfortunately, a huge global problem.

Last but not least, on 18 November 2011, Veronica Ferres has been officially presented as an official patron of the Ark Children’s Foundation. Her role does actually depicts what is this actress all about. A huge humanitarian who wants to change the world and deliver a message that has to be heard!

All these things combined, make Veronica Ferres an example for other celebrities, and even a role model for the new generation to come, because no matter the reputation, we always have to help to those in need!