To create this vehicle, Watkins used a 1963 Hillman Imp as a donor car. For some special features of this vehicle, Watkins mounted the Flatmobile with some Goodyear Eagles 205/50/10 tires, having an output of 67 hp and a top speed of 129 km/h with acceleration from 0-100 km/h in 16 seconds. The strange thing is that the two engines mounted on the rear, one which is an ordinary 874 cu four-cylinder engine and a second which is a reactor fueled with propane gas and is placed at the very back of the car behind the 875 Hillman Imp Sport internal combustion engine. In his home Watkins build this gas turbine jet engine taking a Holset 685 turbocharger that belonged to a Volvo FL10 truck. The power consumption of the car is 170 liters per hour and this reactor can reach 98 hp in 98,500 rpm! 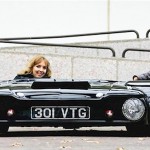 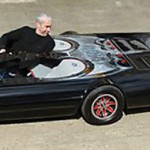 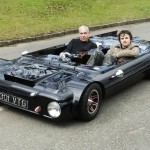 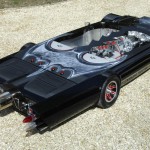 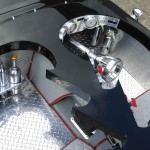 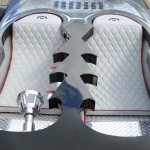 Perry Watkins enrolled once in history as the creator of the flattest car in the world. He also plans to create the smallest car that the human eyes have ever seen.

Without a gear for backwards, but with a steering wheel with the size of a breakfast plate, having the possibility of flying gasping by the lack of a windscreen and almost with your ass on the asphalt, at that speed it seems to me absolutely not “soothing” experience. 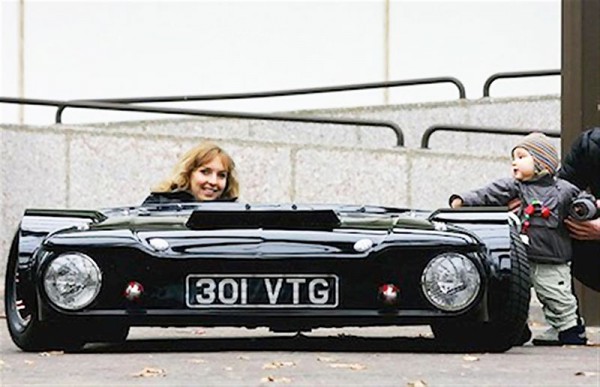 Still I am curious to find out what kind of a ride can offer the Flatmobile? Maybe quite common like any others, but most importantly, you do not have to worry if you accidentally drop in under some huge truck.