A build-to-order `32 Ford roadster for Chick Koszis was finished in 2002 by the Hot Rods & Custom Stuff crew.

Koszis roamed the steets of Bonneville, Texas, San Antonio, Utah, Nevada, New Mexico, Oregon, Arizona, Vancouver Island and many others with this roadster that resembled a hot rod greatly. 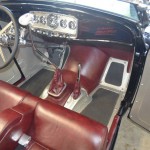 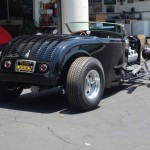 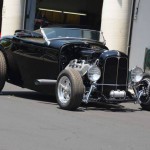 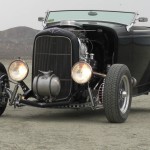 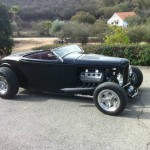 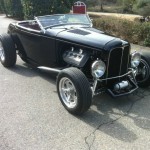 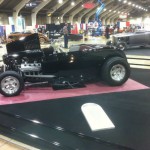 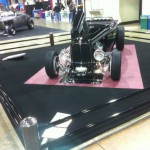 The roadster was nicknamed “Bare Bones” due to its lightness. It was equipped with a GMC 6-71 Chevy as a power source, and a 700R4 four-speed automatic transmission.

Once the car got its fame, one morning, while attending the Grand National Roadster Show in Pormona, California, Chick noticed his roadster have gone missing. It was an utter loss for both Chick and the insurance company.

As there was no track of his beloved roadster, Chick had to quench his thirst for a grand car, so he decided to build a brand new roadster. To enable this, Chick decided to use his previous knowledge acquired during the making of the old roadster at the Hot Rod & Custom Stuff.  The car was produced till January 2012 and participated in the Grand National Roadster Show.