It does not necessarily mean that your brand new purchased car model will be hundred percent satisfying. Maybe, the car will exhibit everything you are looking for, except for a tiny tidbit. 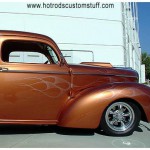 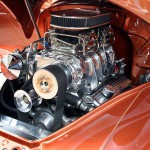 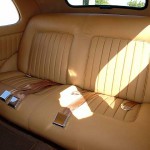 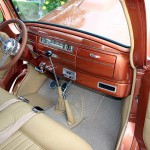 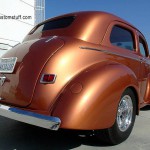 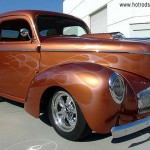 That`s exactly what happened to Tim Hines. The masterful 1941 Willys Americar 441 Tim Hines found at the Redondo Beach, South California was perfect except for its four door. The owner fancied a four-door sedan, but without the four entrances. Hines was prepared to create his own Willys Street Rod.

A local fabricator named Brian Smith changed the 4-door model into a 2-door one.

Unfortunately, as the car was under construction, he failed to take the car to the 2005 Lake Havazu`s show “Run to the Sun”.

Under the hood, there is a 350 small block crate motoralong with Dart heads.