So far, we gave you some hints regarding the 2013 edition of SEMA. There is the 1, 000-horsepower Genesis Coupe tuned by Bisimoto Engineering and 1,200-horsepower surprise by HRE. But that`s not all folks! Ring Brothers teased the audience with the first image of a 1965 Ford Mustang that they got it nicknamed “Blizzard”. This vehicle is specially built for the Las Vegas festivity. 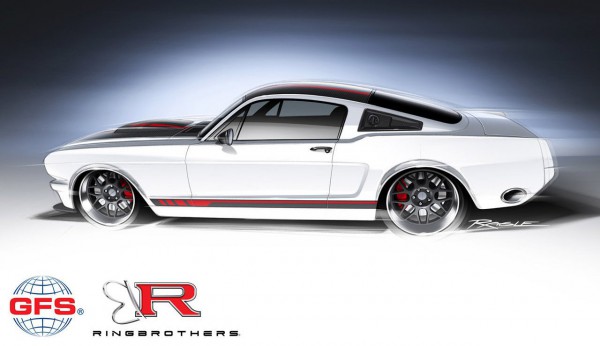 Mustang Daily presumed this vehicle to be 710-horsepower and to have a NASCAR Sprint Cup V-8 under the hood. The image shows white finish with red and black racing stripes. Its hood is made of carbon-fiber, as well as its roof and front spoiler. The car`s special wheels and large brake calipers are painted in red.

We are eager to get to know the rest of the details.