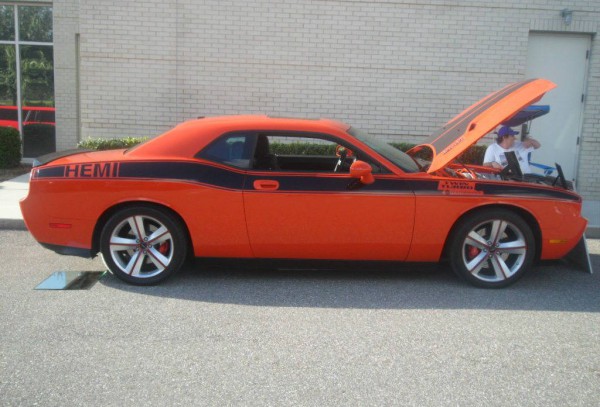 When a car writer catches a bright-orange Challenger pulling Hess gas station, he will undeniably stop and talk to the owner about the details. Sometimes the driver can be a bit unwelcoming, but this was not the case with Mr. MacLachlan, the owner of this 2008 Dodge Challenger. 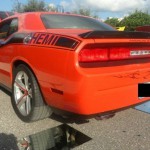 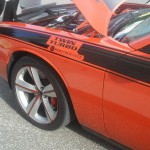 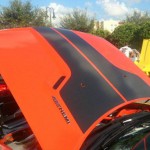 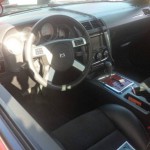 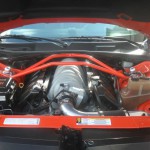 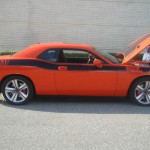 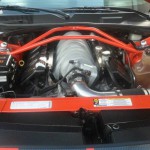 There is much more to this Dodge Challenger SRT8 than its outward appearance. The inside is the real beauty of the SRT8.

The vehicle has different hood stripes than the original SRT8. The plain black is supplanted by a pair of carbon-fiber-textured stripes, which supplant the factory stripes.

Instead of adding from $500 up to $1,000 for greater power, the owner decided to adjust a carbon-fiber overlaid rear spoiler.

Don`s personal tweak are the Challenger SRT8 wheels which are modeled in carbon-fiber overlay stripes form.

Interior-wise, the Challenger is equipped with 522-watt, 13-speaker stereo system with an LCD screen and one subwoofer, leather seats, SRT8 badges, and suede door inserts. Moreover, there is a gear selector bezel. It is a great choice don decided to keep the interior simple.

Under the hood, there is a carbon-fiber overlaying. There is a 426-cubic-inch engine with a pair of custom-built Precision 61=1 ball-bearing turbochargers.

A Diablo tuner does the additional fuel-trim tuning. Additional equipment are a set of Bosch 80-pound-per-hour injectors, a 225 KPA MAP sensor, a 2-stage boost controller, and fuel mixture and SRT8 boost gauges.

Don revealed that his stock transmission lost second gear, so he knew that he had to tune it. Thus, he upgraded the transmission to a Paramount Performance high-torque NAG1 racing transmission producing amazing 1,500 horsepower.

The bad news is that Don has decided to keep this grand car for himself. So, all the interested cannot buy it precisely, but they can rather purchase an exact tuning program from Don himself. He believes it`s high time he switched business.