What is a SEMA Show without a Chevrolet Corvette Stingray? This smashing creation is among the top-listed guest of the show. This year, SEMA is introducing a newly launched Corvette modified by Michigan-based design house TZD. The vehicle will be showcased at the Toyo Tires booth, alongside 20 other tuned vehicles. 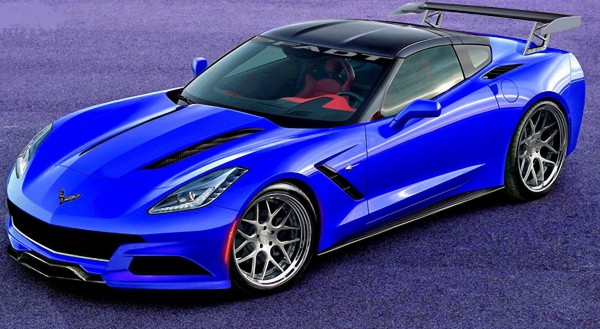 This concept was dubbed P58 Stingray. It was branded with a new aero kit, a few under-hood update, and new wheels.

Exterior-wise, TZD made the Chevy sleeker and more aggressive. There have been one-off 20-inch up front and 21-inch at the back Vossen Monoblock wheels adjusted. They are wrapped in a set pf Toyo Proxes T1R ultra high-performance tires.

Most probably, the P58 Concept consists the Pfadt P58 tune, which features a cold-air intake, a Pfadt engine calibration, and tri-Y headers. This makes the V-8 engine to deliver a total of 580 horsepower, which is 120 horsepower more than the base Stingray.

The price starts at $51,995 with destination charge.