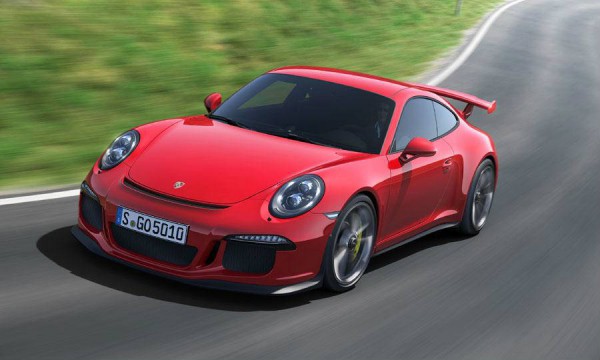 Wolfgang Hatz, a German engineer, whose portfolio enlists the original BMW M3 and Formula One`s switch to V6 engines turbocharged to 1.6 liters, prides himself on his new project, the 2014 Porsche 911 GT3. To him, it is not the performance that will leave you breathless, but rather the emotional appeal. The driver will definitely be bowled over. It is far from ordinary such a great figure in the car industry to speak so mesmerizingly about a vehicle. Thus, we strongly recommend you pay attention to this Porsche. 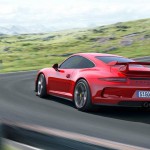 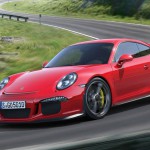 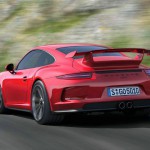 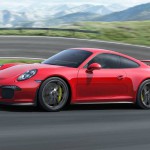 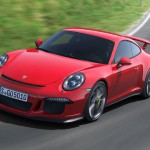 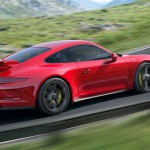 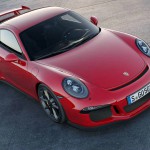 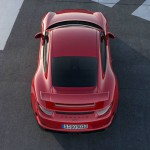 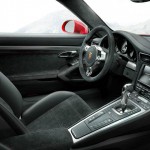 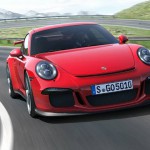 The latest exhibit of this supercar was at the Geneva auto show in Switzerland in March 4th, 2013.

Lets start with the exterior touches. The car has a brand new bumper adjusted with remarkable splitter and three big air ducts. Ahead-of-the-hood duct minimizes air pressure and produces smooth airflow. At rear, there is a giant fiberglass and carbon-fiber wing. Another invention is a new vertical-air-duct-rear-bumper. The bodyshell resembles 911 Carrera S, except at the fenders, doors, and roof, which are made of aluminum.

Interior-wise, there is a desired update established.

Although it is said that the car has great emotional appeal, its great performance is far from overlooked. The car does not have the usual Mezger engine that most of the Porsches have, but aspirated 3.8-liter flat-six. This strenuous engine delivers 475 horsepower. Torque varies from 7 lb-ft to 342 lb-ft at 6, 25o rmp. There is a seven-speed dual clutch, which makes this vehicle a little bit weightier. Moreover, there is no ordinaly dual-clutch gearbox, but its gearbox is one specially produced for racing. The part-throttle finesse is astounding, and the shift quality is pretty smooth. Transmission consists of 3.97:1 drive. The car is branded with  new chassis.

This masterpiece hits 0-60 mph in 3.3 seconds. Its top speed amounts 196 mph and MacPherson suspension. Its steering is based on Carrera S.