Saleen Automotive happens to widen its product lineup with the the George Follmer Edition Mustang and Saleen Heritage Collection. For the production of the all-new Follmer Mustang, the Saleen team was inspired by the Saleen Dan Gurney Edition and Saleen Parnelli Jones Edition, which were produced back in 2002. The car was presented by Follmer himself. He had the pleasure of presenting an original factory-sponsored 1969 #16 Boss 302 Mustang as well. 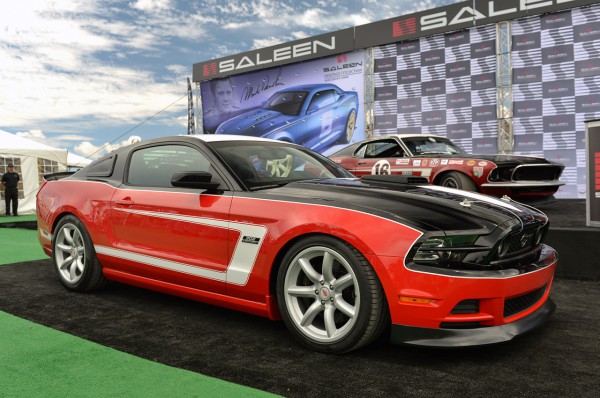 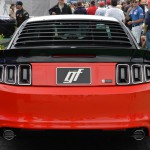 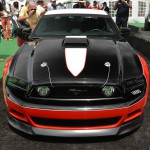 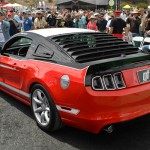 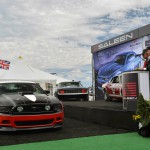 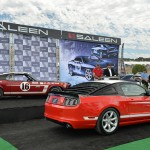 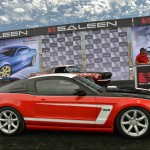 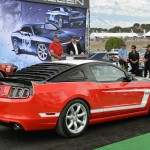 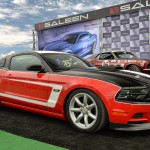 George Follmer was one of the most epic racing drivers. Thus Salleen Heritage decided to dedicate this GF Edition Mustang to him. This is not the first time Saleen Automotive honors a successful racer. The nomination of the prior Saleen Heritage Mustangs was done in the same manner.

The style of the Saleen Follmer Edition Mustang is borrowed from the #16 1969 Boss 302 Mustang. The Boss 302 was promoted by Follmer synchronically. The 2014 Saleen Follmer Edition Mustang encompasses a highly advanced technology. The 302 4-Valve engine delivers aspirated 470+ horsepower (estimated), which is wired to a 6-speed manual transmission. In addition, there is track tuned suspension.

“All of our vehicles in the Saleen Heritage Collection were designed and engineered to retain the authentic lineage of the original factory-backed racecars. In driving and seeing the new Saleen versions of each car I am quickly taken back to the memories I personally have of these cars at Riverside International Raceway from the 60′s and 70′s,” stated Steve Saleen.

Anyone interested in the Saleen Follmer Edition Mustang can pre-order. The delivery will be due to late fall 2013. Moreover, Saleen vehicles can be purchased globally. For any personalization preferences, feel free to contact the Saleen center directly. This Saleen price is estimated around $70,000.