Written by Mirko Ceselkoski
BMW has undeniably become a sport icon and an ultimate driving machine. It has a rather long history of evolution with a great number of creative geniuses doing their best. We have prepared a list exhibiting the 6 most finest designers who played a major role in making BMW an iconic brand. 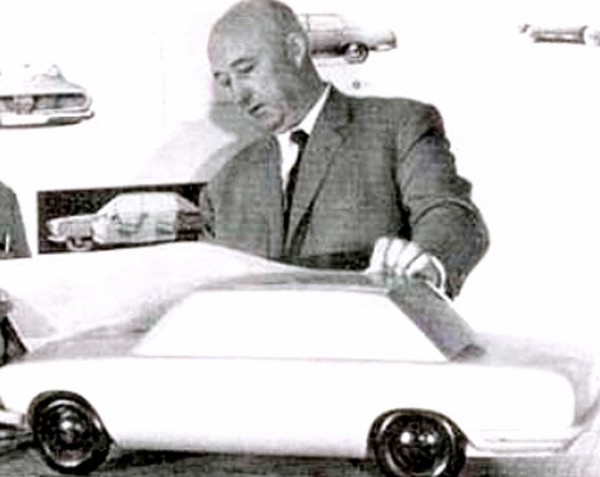 This German born trained mechanical engineer is most recognized for his influence on the new BMW design concept formation with the BMW Neue Klasse (New Class, 1961), a modern and fast sports sedan that terminated BMW`s financial crisis of the 1950s and affirmed BMW`s role in the sports sedan market.

It all started back in 1955, when this prior Szymanowski`s collaborator was designated as BMW chief designer, a job position he held untill 1970.

After a period of 6 years of work at the BMW company has passed, Hofmeister started working on the BMW New Class. This is a series of compact sedans and coupes crafted between 1962 and 1977. More precisely, the term “New Class” points to the 1.5–2–liter class of automobiles from which BMW had been absent since World War II.

If you lost you car key, you can read this article and get help!

Following Bertone`s ideas, Hofmeister created the BMW 2000 C (1965). However, he faced a series of unjust criticism which depicted the car as a ‘greenhouse’ and its lamps as ‘Asian eyes’; Hofmeister`s craftsmanship at BMW was came to an end with his retirement in May, 1977.

Most notable feature attributed to this great automotive figure the styling of the side window at the C-pillar or D-pillar, which was attributed as Hofmeisters’s kink (in German: Hofmeister’s knick). This design concept was showcased for the first time in 1961 on the BMW 3200 CS. As Hofmeister was more of a manager rather than a stylist, it is most probable that the kink was designed by Bertone. The kink was attributed to Hofmeister though and it represents one of the most eminent componments of the BMW’s body design.

Hofmeister`s name is closely linked to Claus Luthe. It was Hofmeister himself that invited this young designer to join the BMW design group. Luthe`s career at BMW focused primarily on continuing Hofmeister`s mission and it eventually evolved in his designation as BMW chief designer from April 1976. Luthe witnessed the creations of the 1980 BMW, E31, E32, E34, E36 as well as basic look of E38 and E39. 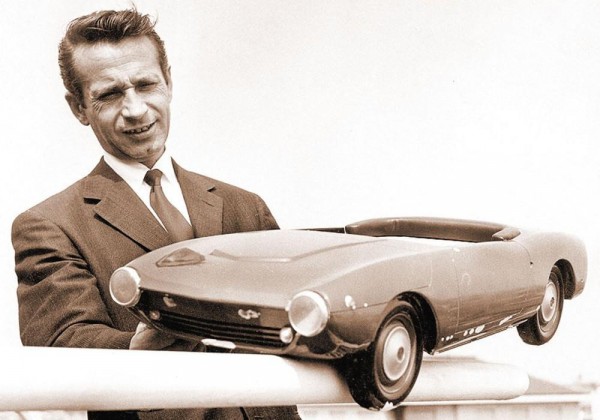 His contribution to the automotive manufacturing encompasses his bold designs for Triumph (as TR4 and Spitfire); his collaboration with Wilhelm Hofmeister at BMW resulting in the BMW 600 design (Isetta development), BMW 700 and in 1958 BMW 3200 Vignale. The latest symbolizes a cheaper and modernized version of the BMW 507 version. For the first time, it was showcased on 31 of Oct. 1959 in Turin. Today, this concept car is known as BMW 3200 Michelotti Vignale. 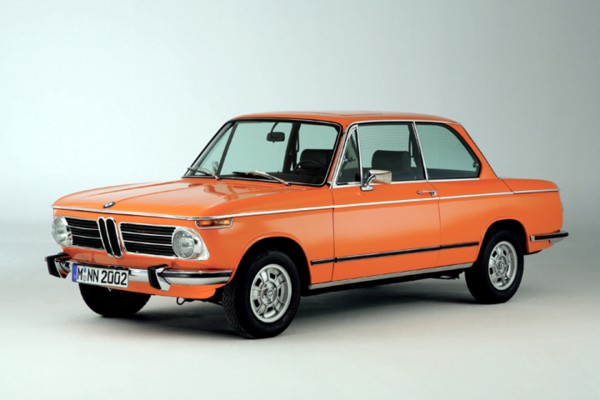 A two door version of the New Class BMW 1600 (1600-2, later 1602) and the invaluable aesthetics BMW 2002 exhibits are considered Michelotti`s most notable contribution to the BMW evolution. Rumor has it that Georg Bertram was the one who actually drafted the BMW 2002 for Hofmeister. Nevertheless, both these cars played a huge role representing BMW on the market as the sports cars manufacturer. The first BMW station car entitled a touring is this designer`s work.

Among BMW, this designer contributed to the DAF, Ferrari, Fiat, Lancia, Maserati, Reliant Scimtar and Volvo evolution. Michelotti`s ensuing designer was Ercole Spada who was in charge of sports sedan designs back in the 1980s.

We proudly counted Giugiaro among our top 6 BMW designers as this genial mind has not only contributed to the BMW evolution, but a variety of high-ranking automotive industries such as Alfa Romeo, Porsche, Ferrari, etc. He even expands design from the automotive to other industrial fields. He has been a positive force in sparking off new creations for Nikon, Apple, Okamura Corporation, etc.

Giugiaro`s collaboration with Bertone and Ghia is extremely notable. His BMW mission encompasses the 3200 CS (1961) and M1(1977).

The 3200 CS terminates BMW’s postwar luxury car era. It is the last BMW with a perimeter frame, pushrod-operated engine valves, or a solid rear axle. At the same time, this model car introduced some futuristic BMW components, such as the low beltline, thin pillars, and tall greenhouse, which are trademarks for BMW’s later coupes, 2000 C and CS being some of them. 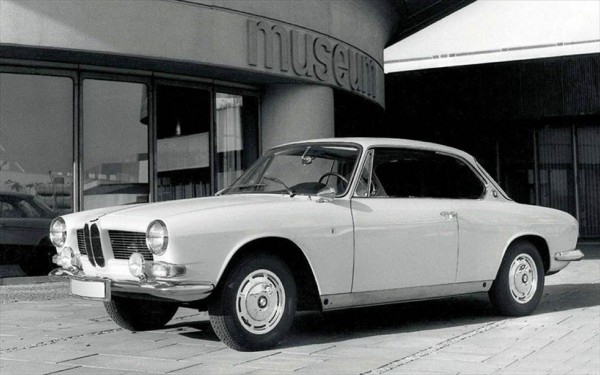 In 1991, his work centers around a concept car featuring a BMW V12 engine, which was named M12: BMW Nazca C2. This production is continued the following year by another version that includes an Alpina modified V12 engine. This concept car series is finished with the BMW Nazca C2 Spider in 1993. 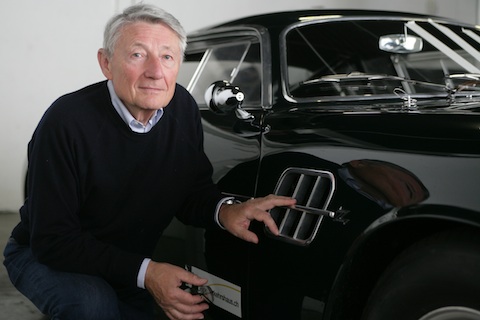 This Italian automobile designer sweeps from the very classic to the totally avant-garde. His legacy sparkles with the eminent Aston Martin, Lancia (among others Fulvia), Alfa Romeo, Rover, Volvo and Ford.

Having left Ford, Spada went to work in Audi for a while. In 1976, he became chief specialist at the BMW design center working under Claus Luthe`s supervision. Spada`s creative innovations in BMW focus on two acclaimed designs, the BMW E32 7-series (1986–1994) and the BMW E34 5-series (1988–1996). Both series contributed immensely to this company`s success and have surprisingly kept the modern look. The launch of these two vehicles made this company a decent Mercedes competitor. 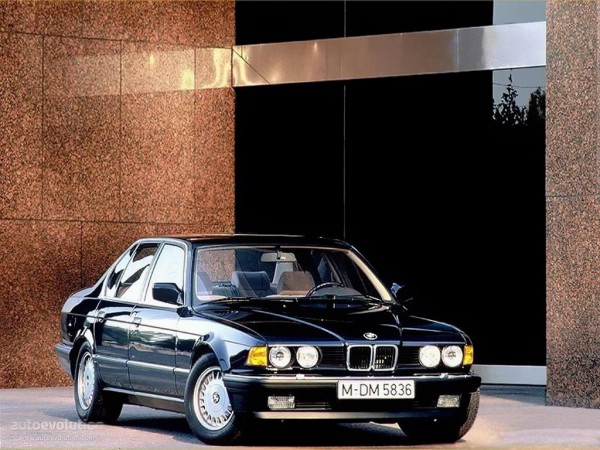 After 7 years of creation, in 1986, BMW released the second generation of the 7 series, which are internally known as the E32. These vehicles offered the most innovative automotive technology such as a brand new V12 engine, integrated telephone and fax machines, a wine cooler, double glazing, traction control system.The E32 series feature postmodern, progressive, and classic design.

New 5-series were introduced in 1986. Spada, aided by J. Mays for the final production, eventually created a stiffer and sleeker body than its predecessors. The E34 were considered the most trustworthy luxury cars on the market and rated as the best-in-class ratings from Intellichoice in 1991. 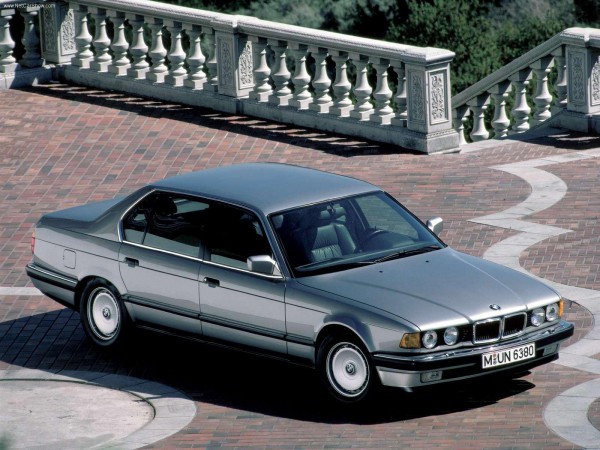 However, after the production of the 5 series, Spada`s creation at BMW ended. He eventually started leading IDEA Institute. His collaboration with Fiat marked this period as well. Today, Spada is the CEO of the Spada Concept, a designing firm which he launched in collaboration with his son Paolo Spada, Domiziano Boschi , and young Polish designer Wojtek Sokołowski. 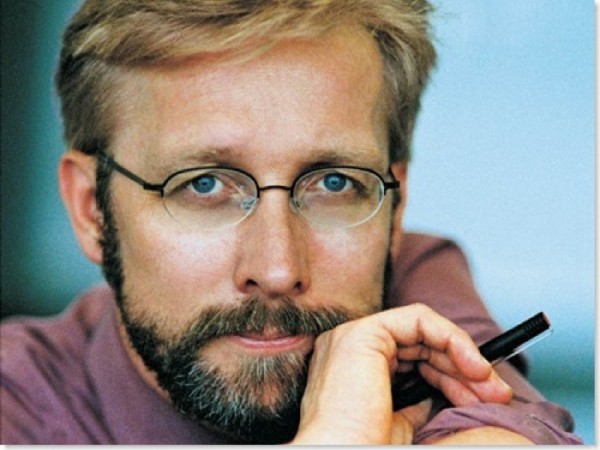 Chris Bangle is the person who gave BMW design a brand new reflection. Bangle`s era is defined as a total dissolution/ break up from the current design flow which to some is visionary and optimistic, but to others, the name Bangle is only a letter away from “bungle.”

This American automotive designer was appointed BMW’s Head of Design Development position after Claus Luthe`s sudden departure in 1992. Bangle decided BMW`s fate for over a decade, from 1996 to 2001. His controversial Deep Blue Project was depicted as “a clear and aesthetic route to the future.” Bangle was driven by the idea that “there is a real need for a change and that’s just not happening,” Thus, he stated: “the lack of innovation is preventing car design moving into a “new era”.” 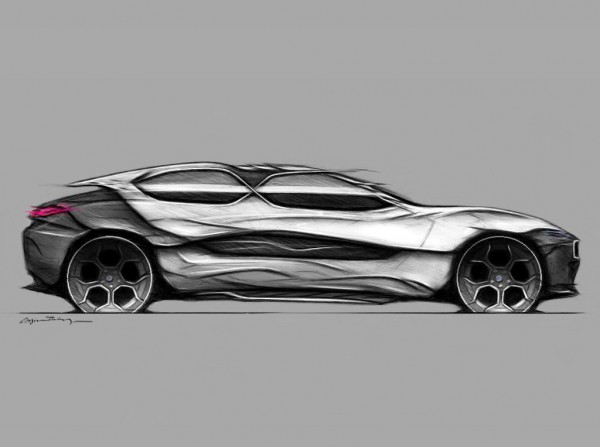 The concept his model cars exhibit has been characterized as deconstructive and flame-surfacing. To Bangle, it is wrong to conceive that the whole production focuses solely on the outward appearance. There is much more to the car than styling. Even the inner mechanism guides the direction the outer linings will follow. Bangle had to cope with one huge issue. He had to adjust the space to provide aerodynamics. To establish a greater wind resistance, the front had to be lowered, and the rear boosted. Thus, the trunk was made more prominent.

The outcome was criticized at large, the rear being nominated as “Bangle Butt.” This reviled response by BMW enthusiasts emerged after Bangle introduced his makeover of the 7-Series sedan. Thus, the word “bangle” entered the auto-industry dictionary meaning “to salvage/destroy.” The wording expanded even to an idiom “Hit it with a Bangle stick” bearing the previously described meaning. At the top of this harsh criticism, Time magazine listed the 7 as one of the 50 worst cars of all time. The bold experiment with GINA blasted all hopes for a grand concept vehicle. 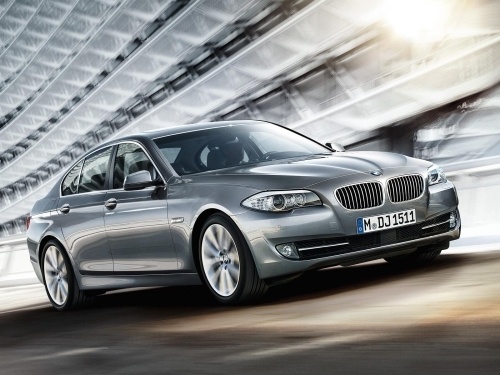 After the harsh combat, Bangle carved out his future outside BMW and delivered his job position to Van Hooydonk. He declined various offers made by high-notch automotive industries. It is believed that with his departure, BMW has still not unshackled from the Bangle philosophy. Bangle switched the direction towards a new path and now, there is need of somebody bringing back the previous established order. However, is Bangle`s legacy worthless? There is still a great deal of car enthusiasts who find his work immensely innovative and praise-worthy. To the, there is no need of a new revolution, but rather continuing Bangle`s evolution. 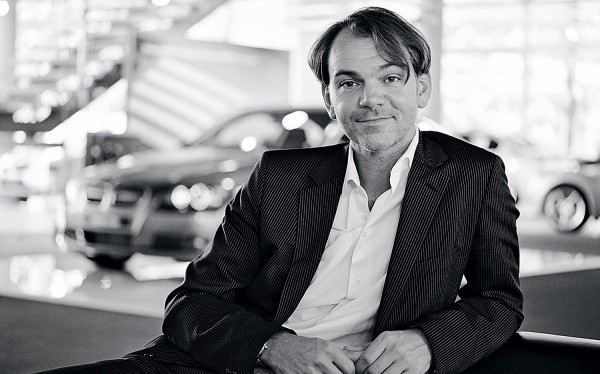 Adrian van Hooydonk is the creator of the Z9 Gran Turismo prototype, BMW 6 series E63/E64 and E 65 7 series design-wise. He is also known for his collaboration with Chris Bangle.

The sculptured design idea marks Hooydonk`s Z9 GT design (1999). This style had a prominent influence on the following car concepts approximately for a decade; one of them being characterized with flat front grille, long bonnet, and prominent but short rear. Although these features are largely attributed to Chris Bangle, summarized under the “Bungle Butt” phrase, Van Hooydonk plays an enormous part in it too.

After Bangle`s departure from the BMW automotive industry, Van Hooydonk took the lead as Director of Design in 2009. He was promoted to vice-president of BMW in 2011. 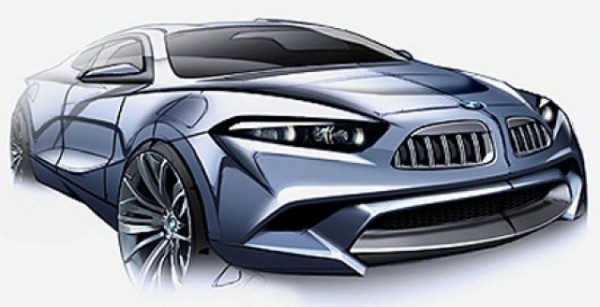 Hooydonk established himself as a world-class design manager and his work is of high repute. Hooydonk describes himself as a generalist following the steps of his mentor Rodolfo Bonetto. Moreover, he appreciates the design scope of Chuck Pelly, the founder of DesignworksUSA. Hooydonk blends both industrial design and automotive design. His praises the philosophy that discards car design as an individual discipline. To him, car design is modified by the social environment. Therefore, Hooydonk exchanges his ideas with a diversity of designers and considers their creative opus.