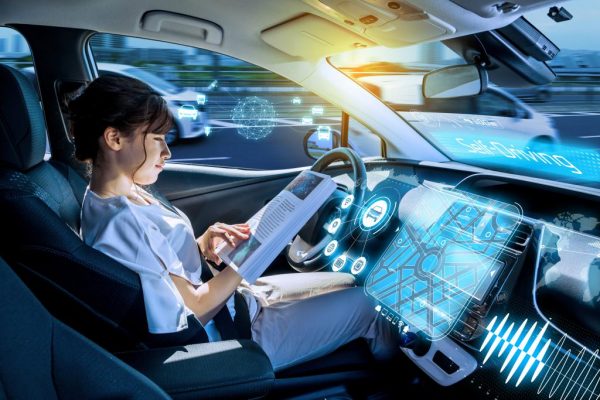 Cars are an essential mode of transport in this day and age as they allow us to commute to many areas within a short time. Cars have existed for a long time and have slowly gotten better with time. However, breakthroughs made in AI and its algorithms have dramatically paved the way to change the automobile industry. This is due to driverless cars, or self-driving cars, which negate the need for having a human driver. This may have seemed like a sci-fi concept not so long ago, but this has already started to become a reality.

Companies have already introduced driverless cars in areas, but there is still some time until they become commonplace. AI also provides other features for driverless vehicles, such as safety and real-time social distancing monitoring of autonomous vehicles. But how exactly will driverless cars transform our way of living? In this article, we will look at 6 ways in which they can transform various aspects of our living.

Many companies like Google are pushing for the concept of car-sharing through self-driving cars. The idea is that since cars are only used for a small percentage of the time, primarily for commuting, then self-driving cars can easily drop off someone and go to pick up the other owner of the car. This will reduce car ownership costs and reduce the number of cars on the street, reducing the effects of pollution and traffic congestion. Additionally, you can summon a car from a fleet some other company owns and get cheap transportation. This will lead to car ownership declining.

2. The possibility of mobile businesses.

Traditionally, most businesses exist in a stationary location and require customers to visit them if they want to see products in person. With driverless cars, such a situation will be reversed, and businesses can travel on mobile stores to you if you need to buy goods or services. This possibility is not restricted to stores and could even be used for services like gyms. A mobile gym can park near your house, and once you’re done, it can move on to another place.

As it currently stands, people with disabilities or the elderly cannot drive cars as it poses many risks for them. Additionally, public transportation is not very accessible for them, and hiring taxi cabs can be an expensive alternative. Driverless cars offer them a cheaper transportation method without virtually any obstacles. Therefore, they can travel around freely wherever they want, making transportation significantly more accessible.

4. The city infrastructure will change.

As discussed before, driverless cars will reduce traffic significantly. This will reduce the need for such wide roads, meaning cities can widen sidewalks to accommodate pedestrians and set aside space for cyclists. Additionally, since fewer cars are on the street, the need for parking space will also be reduced, freeing up space for other purposes. In general, these infrastructure changes could positively change society as cities could utilize this space for parks or social centers that bring a positive impact.

Car insurance banks on the reality that car crashes and accidents can cause significant damage and losses to car owners. Therefore, car owners can feel safe about their vehicles and know that insurance companies will protect their assets in such a case with insurance. These dangerous incidents occur due to rash driving, negligence, general human errors, and drunk driving. Driverless cars eliminate all these possibilities meaning people will be less likely to buy car insurance. This could also lead to the reduction of mandatory car insurance policies. All this could result in the possibility of car insurance companies enduring heavy losses.

If you consider employees going to their job, a good chunk of the time is spent commuting through congested traffic that can tire them out. With driverless cars, employees can relax when they are commuting or even do work when they are on their way to their job, increasing productivity. Companies stand to gain a lot of money from this productivity and even save money if they provide autonomous transportation as it is cheap.

Driverless cars are the future that has been made possible due to strides made in AI development. This will transform various aspects of our lives, some of which we have discussed in this article. These changes will generally be for the better as they will improve the quality of life of members of our society in general. We hope this article has provided you with insight and helped you prepare for the exciting new future ahead of us.