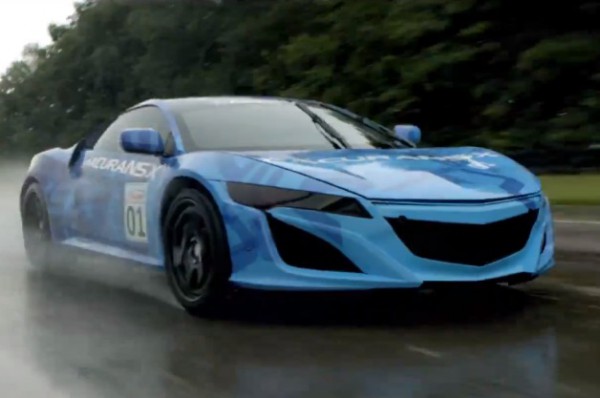 At Honda Indy 200 IndyCar race at Mid-Ohio, Acura rode for the first time in its NSX prototype. Score of cameras were adjusted to the hybrid supercar to film this grand ride.

The Acura has V6 engine, which is coupled with three electric motors and battery pack of lithium-ion. The NSX is supposed to be released in 2015. Its outline is blue-wrapped.

Scroll down to watch the video.