The idea of ​​using compressed air to propel vehicles has crossed the minds of the technical community for many years. And in 2009 the French company MID has developed a car called AIRPod, whose engine runs on compressed air. With electricity air is blown into containers, from which then it is gradually and under pressure released driving the pistons of the engine.

Within 1.5 minutes, the machine can be thoroughly “fill”, pumping the air with a compressor, one such filling would cost the owner AIRPod about 1 euro. The car can drive about 200 km without refilling. Externally the AIRPod is a four-wheeled car with a plastic body, 82 inches long, 63 inches wide and 79 inches tall.

The author of this entertaining project was the inventor Guy Negre, a former Formula 1 engineer, who experimented with the technology of compressed air in cars for almost two decades.

The maximum speed AIRPod does not exceed 70 km/h, in addition to residents of France should be offered another version, the maximum speed of which will be limited to 45 km/h. The low-speed modification AIRPod will be equal to scooters, and to manage this version does not need a driver’s license.

See this unique invention on the next video: 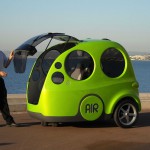 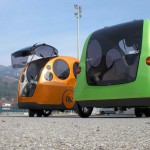 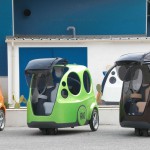 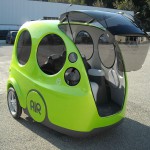