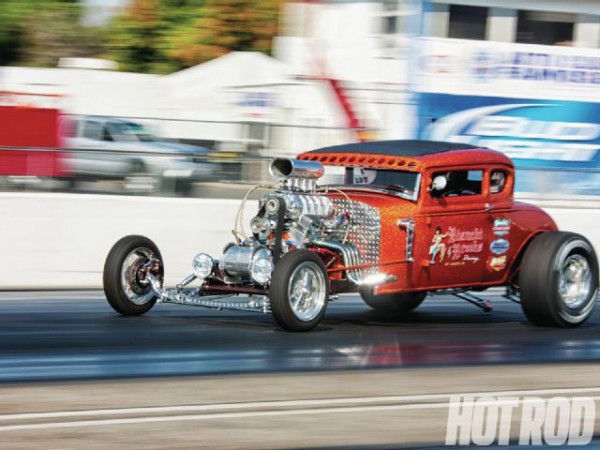 At the Viva Las Vegas car show in 2012, a Model A, mini block-powdered coupe was spotted. Its driver was no other than Kevin Brooks himself.

Afterwards, Kevin got invited to take part in HOD ROD Flog Test where he did some pretty much fantastic passes.  His first pass was 1.5 seconds 60 foot tim followed by a mid-10-second 4.20 330-foot time pass.

However, as he gave the car throttle in Third gear, both rear radius rods broke. Kevin admits that he is happy to have both rods snapped; otherwise, with only one rod breaking, the car would have crashed into the wall. This would not have happened if a flathead was powering the car. In this way, there would have been a slight chance for the rear rods to be kept axle wrap.

Now, Kevin`s rods are fixed and he`s invited to the next Flog to restore his coupe`s reputation.