The SEMA Show in Las Vegas showcases a number of incredible vehicles. These beastly performance cars and super-modified vehicles are positioned in line for observation, and rarely has anyone that privilege of driving them.

Journalists at Top Speed were pleasantly surprised when they were given the opportunity of driving a Chevy at Las Vegas Motor Speedway along with a set of freshly assembled Camaros. 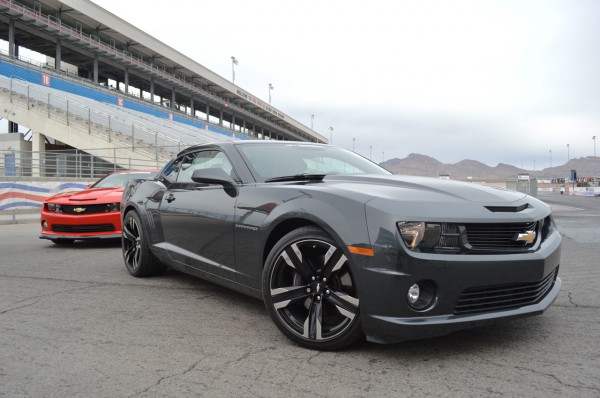 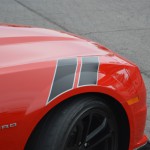 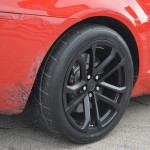 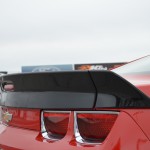 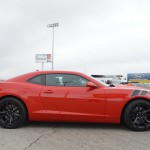 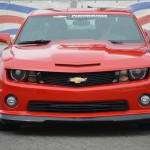 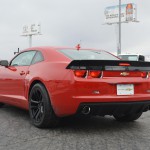 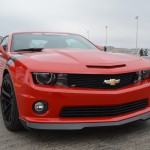 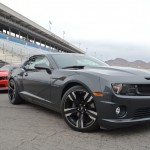 The performance parts we mentioned above are taken from two Camaro’s turnkey variants: the 1LE and ZL1.

The 1LE Track Pack is priced at $1,500 and consists of retuned front struts and monotube rear shocks, and a larger front and rear stabilizer bars. The package functiones with antilock braking software and stock chassis control. It can be used for V6 and V8 models. 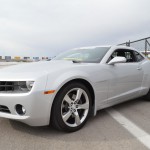 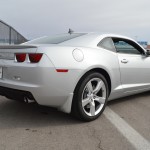 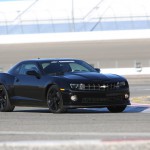 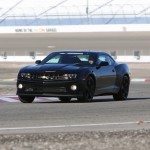 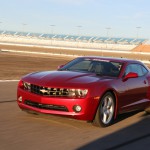 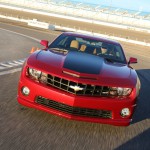 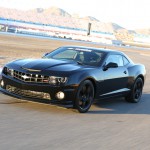 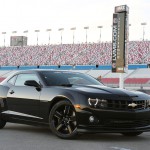 Take a look at what the guys over at AutoBlog had to say about this insane Chevrolet Camaro:

The Camaro that I was most taken with on the road course in Las Vegas, and the one that I hopped back into for extra lapping, was actually a 2013 Camaro V6. The Silver pony car (inset) had been fitted with the SS brake package, 1LE suspension package, strut tower brace and the performance exhaust.

The 1LE suspension components give the Camaro remarkably more lateral stiffness while running through a short section of slalom cones that Chevy had set up. I drove a standard ’13 V6 immediately before the 1LE-prepped car, and the transformation was pretty incredible. The car was absolutely flat through rapid changes of direction, making far better use of the available grip, as well. Chevy engineers pointed out that they had left the same wheel/tire package on both the modified and unmodified car, to better show off how transformational the underpinnings could be. 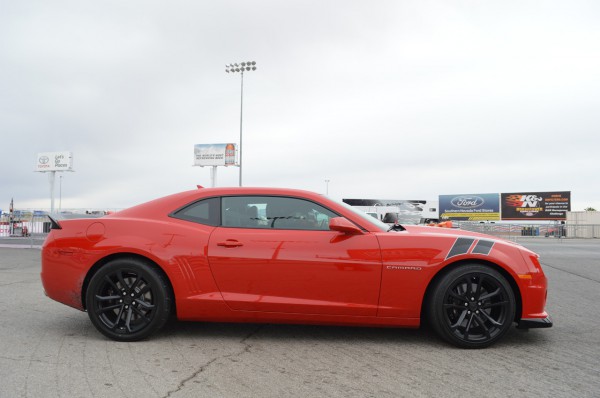 There’s no question that the more powerful SS cars were faster around the tight track, but I actually enjoyed flinging the newly stiff V6 more. With the 1LE’s suspension, the lighter nose of the V6 Camaro was thrown in pretty dramatic relief. The car felt faster on turn-in and seemed to take a set and move forward more quickly, too.

Both the stock and modified V6 cars I drove were equipped with a six-speed automatic transmission. The infield was tight enough that a manual car could lap it quickly in second gear, but the autobox wanted to shift up too soon in a few spots. The manual-mode shifting is kind of slow to react, too. This isn’t a racing transmission, to be sure, but it was mildly disappointing on the track, nevertheless.

The SS braking kit proved to offer a clear advantage over the stock set of stoppers. The initial bite from the brake pedal was firmer, and I was able to stop quite a bit farther back in the emergency stopping box that had been laid out on the course. That said, the heavier V8 Camaros equipped with the 14.6-inch rotors and 6-piston calipers from the front brakes of the ZL1 were decidedly quicker at retarding speed. 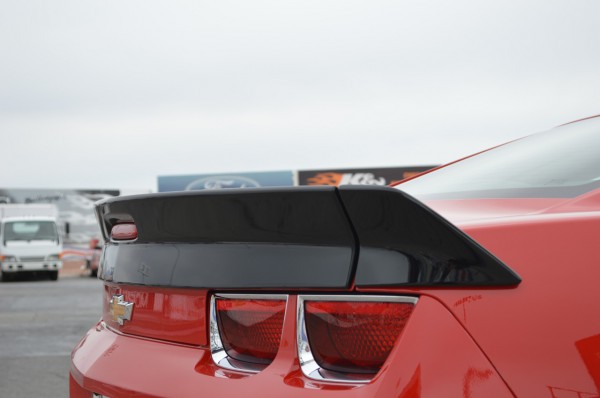 As I mentioned, there were two drag-prepped SS cars with which we could take quarter-mile runs (above); not quite up to the level of the COPO Camaros, but in that same spirit. The big modification here included a complete ZL1 rear axle system: 9.9-inch ring gear, heavy-duty limited slip differential in a cast iron housing, and a beefed up driveshaft and half-shafts. The engineers on hand were all pretty cocky that this rear end was all but unbreakable, which was good to hear as this was my first time drag racing.

Now, most guys who drag race their Camaros opt for automatic transmissions for more perfect launches and upshifts, but Chevy had built our two cars with the newly available short-throw six-speed. I actually found the manual trans to be pretty easy to use, though I know I shifted up a hair too late, twice, on my second run. 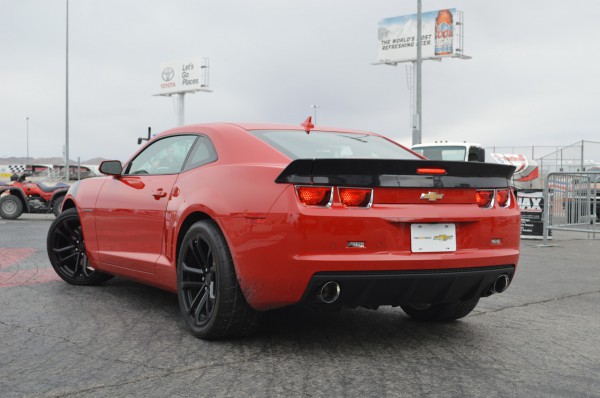 The Camaros at the strip also came correct with the LS3 heads and LS7 camshaft package that adds around 40 horsepower to the SS V8. Between the added weight of the HD rear axle system and the excitement of the competitive environment, it’s hard to say that the extra grunt was obvious. I’m sure back-to-back runs in modified and unmodified cars would have eventually told the tale, both by the seat of my pants and on the clock. In any case, there was more than enough power to launch incredibly hard and throw me back in my seat with great force.

How’d I do? Well, I ran like the rookie that I was. I recorded a 13.826-second time at 105.86 miles per hour my first time out. That’s clearly not indicative of the true performance potential of the vehicle; a few of the guys that followed me were just a fraction over 13 seconds, and everyone seemed sure that ranges in the 12s were totally doable.

In all it was an enlightening day of track-oriented fun, and one that foretold a lot of great Camaro customization to come in the future. There’s just not much to dislike about making a fast car faster.”