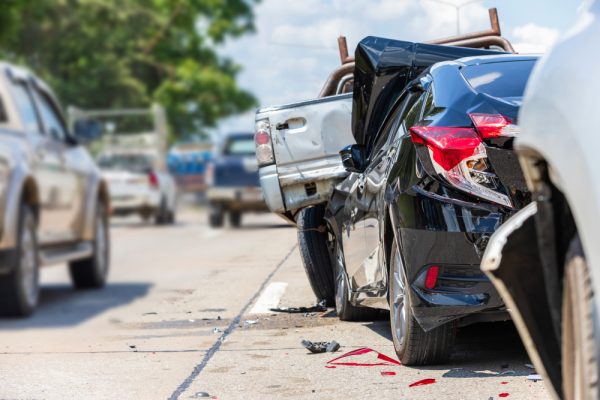 Every day there are more and more cars on the roads. Of course, the number of accidents is also growing. Of course, there are more small accidents, and many of them are ridiculous accidents. In addition, it often happens that the person responsible for the accident hit the car in the yard and ran , without even noticing that he hit the car standing nearby. Accordingly, he did not stop, did not turn on the alarm and generally did not take any measures, which he should have done in such a situation.

However, it does not matter whether the driver noticed the moment of the collision or not, his act will be considered from the point of view of the law. And it turns out that if the neighbor rammed the car and drove away, there is an administrative penalty for this. What kind, we will tell you in this article.

If a driver  hit and ran a car in the yard, what would he face?

Wanting the car, criminal liability and jail. That’s what some drivers who are in a similar situation and have heard various scary stories think.

In fact, it’s too thickened. Though, if there are victims or the fact of causing grievous bodily harm to citizens, criminal prosecution is not excluded.

However, the statistics of traffic accidents show that the probability of such an event is extremely low. What consequences can come for car owners who were careless with another car?

When it comes to administrative responsibility, it is most likely for leaving the scene of an accident. The sanctions provide for deprivation of license for concealment for a period from a year to a year and a half. An alternative is imprisonment for 15 days.

Property liability. Here we are guided by Art. 1064, 1079 of the Civil code of the RF, regulating the order of compensation of material damage.

It is necessary to remember that if the car was not driven by the owner, the owner of the vehicle will be responsible to the victim. The exceptions are cases when the car was transferred under the contract, power of attorney.

It is unlikely, but allowed criminal liability -- it is enshrined in Art. 264 of the Criminal Code of the Russian Federation. It depends on the nature of bodily injuries, the number of victims. The state of the driver is essential: whether he was drunk at the time of the accident or not.

In general, of course, you need to look at the specific situation. What circumstances will play a significant role?

When the driver who hit and run knows all the facts listed above, it is better to go to an auto lawyer and discuss with him all possible options for the development of events. And if you do not know, even more so. We will consider the cases with minor injuries and more serious separately. Read the article, and you’ll find an approximate algorithm of actions, suitable for your situation.

If cars have sustained minor damage

Hit the car in the yard and drove away. What to do? First, let’s look at the situation where the accident resulted in a minor scratch. It happens often, and it can happen anywhere, in parking lots and yards. As a rule, in such places, drivers often do not notice the moment of the collision.

If someone scratches a standing car and runs away from the scene of a minor accident, his car will be declared wanted. Of course, provided that the license plates of the vehicle are installed. If not, it means the driver was lucky, but it happens seldom.

And in general, the legislator has established a rather stiff penalty for such an offense, as already mentioned above is the deprivation of the driver’s license. With minor injuries, criminal liability does not threaten.

If the person responsible for the collision is found, he faces deprivation of the license for up to one year or administrative arrest for up to fifteen days. There is nothing pleasant in this case.

How the perpetrator can get away with it

Again, the answer to this question can only be given by a detailed study of the situation.

So, when there was a ridiculous accident, the damage is insignificant, then, first of all, it should be argued that the driver did not notice the moment of the accident, did not feel the impact and collision.

The main thing is the police officers, who were executing the accident, make a correct qualification of events. If the driver came to the police by himself, it does not mean he noticed the collision and is guilty.

It should be explained that after making a stop and getting out of the car, he noticed the damage on his car and decided to go to the police.

And in no case can you say that you were frightened or confused, and therefore fled by car from the place of the accident. The punishment in any case will be more lenient for an unintentional offense.

If the damage to the car is substantial, and the driver left the scene of the collision, then of course you can’t say that you didn’t notice the moment of the accident.

Under such circumstances, another scheme can be used to protect the driver. Which one? You ask. More in detail only at a personal meeting.

In other words, you can fix the situation and take control. The main thing is to turn to a lawyer in time for advice and consultation.  You can get advice on the accident here.