Knocking “Canelo” Alvarez down loaded Floyd Mayweather Jr. even more. So now, he is one of the most affluent athletes worldwide. The clinical fight with Alvarez filled his purse with additional $41.5 million. it is expected a single fight`s profit to escalate to a grand $85 to $100 million. 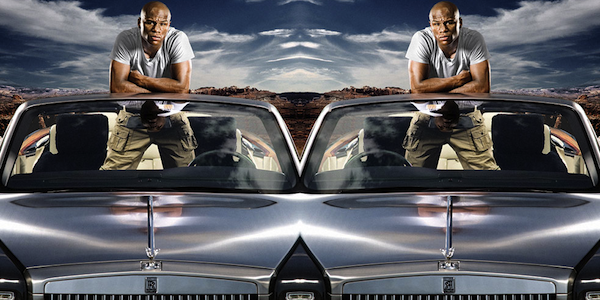 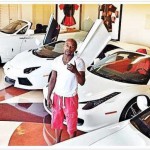 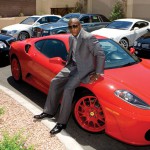 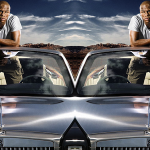 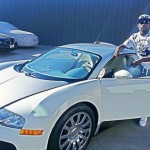 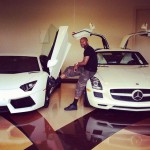 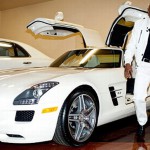 Mayweather is a passionate car collector of top-rated model cars. What`s even more maddening is his having more than one collection. He’s got one in Los Angeles, Miami, and God knows where else.

Here, we do not refer to quantity, but rather quality.

He presented his Vegas collection to us, which includes a Lamborghini Aventador, a Ferrari 458 Spyder, a Ferrari 599 GTB, a Bugatti Veyron, a Bentley Mulsanne, a Rolls-Royce Drophead, a Rolls-Royce Phantom, and his most cherished 1996 Mercedes S600 V12 sedan, which is believed to be the first car he purchased after the 1996 turning pro. What`s noteworthy about Mayweather`s style is his preference of white. All of the cars in the collection are white-finished. Hypothetically, the total price of the collection amounts somewhere around $3.5 and $4 million.

Floyd Mayweather was born on February 24, 1977. He is the son of former welterweight boxer, Floyd Mayweather, Sr. In his prime, Mayweather established an 84-6 record. He won the 1993, 1994 and 1996 Golden Gloves Championship. Mayweather participated in the Atlanta Olympics in 1996 and won a bronze medal.

Afterwards followed a stagnant process in which Mayweather had to give up his Light Middleweight championship in order to re-obtain his Welterweight title.