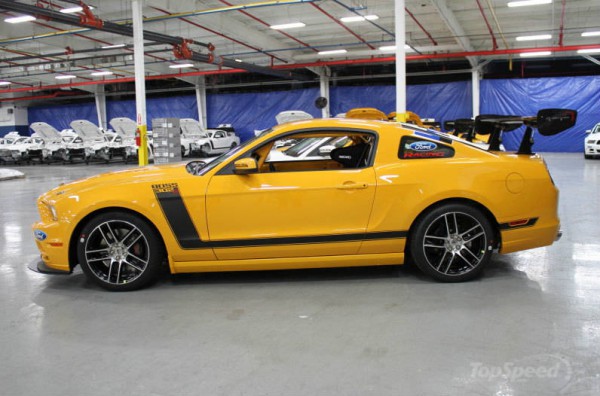 The Boss 302 withdraws from production. Instead, Ford Racing Parts surprises its customers with its 2014 Mustang Boss 302S in only 50 units. 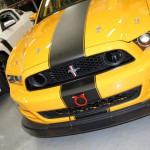 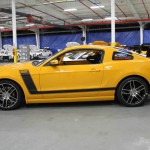 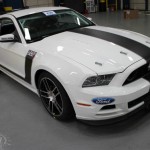 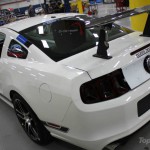 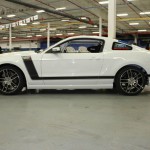 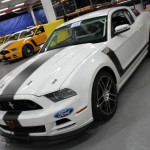 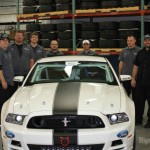 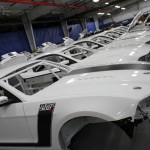 The 302S is waiting for its road racing and track racing in NASA and SCCA, with minor modifications required by each series.

The original Mustang 302S debuted somewhere between 1969 and 1970. In 2011, it had its reappearance on the market. Afterwards, diverse championship wins followed.

Exterior-wise, the 302S will be Performance White or Grabber Blue colored.  For drivers fond of Satin Black, Ford is willing to satisfy their desire. The car is furbished with a front splitter made of carbon-fiber, and a rear wing which can be easily adjusted.  Last, but not least, the car offers graphics package.

Boss 302S is distinguished with racing interior. There is a racing steering wheel adapted for a quick-release exit and entry, a fire system, a new window, an AIM data acquisition system with a GPS, a master cutoff switch.

It is powered by a 5.0-liter V-8 Boss racing motor. The transmission is T-6060 and it is six-speed, whereas the 3.73 rear end has Torsen T2R differential. The wheels are the standard 19-inch ones.