The pony badge has always been characteristic for Ford Mustang. It was presented back in 1962 for the first time. More precisely, it was Mustang I`s insignia. Till now, 50 years have passed, and this symbol underwent only a few changes. For example, the very first pony was running right-wise. It had a tri-bar background featuring red, blue, and white. Later on, in 1963, the pony of the Mustang II Concept got a corral background. 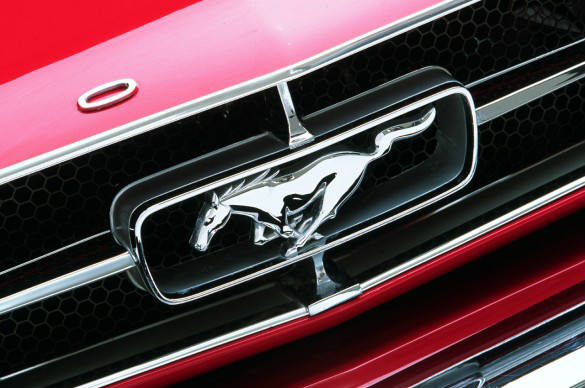 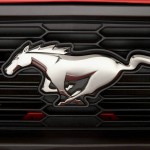 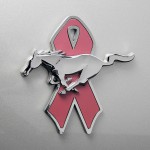 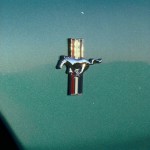 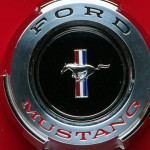 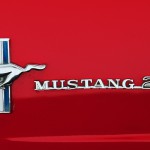 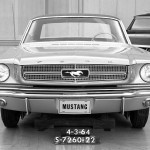 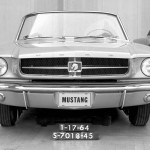 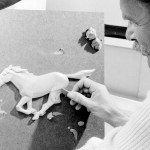 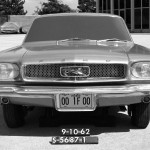 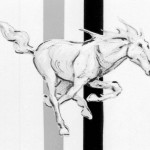 In the summer of 1962, while the Mustang I Concept was being finished, Ford designers along with Troutman, a California-based race instructor, and his colleague Barnes, gathered together in Dearborn studio to select the Mustang Badge. One thing was sure, the badge should symbolize the car`s name and show that the car was American.

Though the Mustang Concept was finished in September 1962, Ford designers opted for a four-seat sporty car. Around dozen designs were created.

Moreover, the direction the pony was facing was largely discussed. For example, during 1962-1964 the symbol facing both sides can be found.

Charles Keresztes’ made a wooden sculputure of the grille pony.

October, 1963 was the date wnen the Mustang II concept appeared with the pony in corral.

The side the pony was going to face was finally decided once Lee Lacocca proposed: “the Mustang is a wild horse, not a domesticated racer”. Therefore, they went for left side.

When it comes to the horse`s stance, there were variations as well. For instance, Phil Clark pony is running, rather than galloping. The 1964 version exhibited a fully galloping pony. Moreover, its background varied extremely. Here is an interesting fact. The 2009 model featured a pink ribbon in the background to raise awareness for breast cancer.

The final 2010 version has a more muscular appearance.