A new project has been recently successfully realized: Hot Rods & Custom Stuff was set to make a showstopper out of a rusty `39 Ford Slantback. Before spectating the images of the post-making-of, let`s share a few details concerning its restoration. 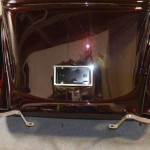 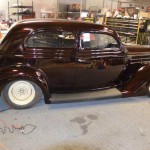 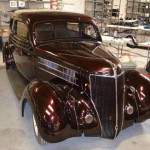 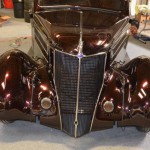 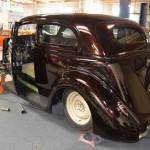 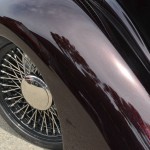 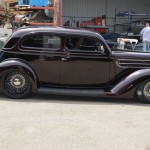 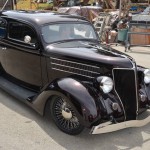 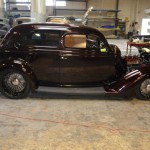 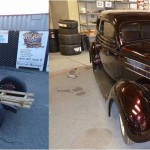 The first stage was getting rid of all that amount of rust. Next, the long-roof of the sedan was slightly chopped off. The B and C pillars were minimized for two inches, while the A pillar had its half taken off.

Later, the rear wheel tubes were widened in order the car the big meats on the car to match with the horsepower.

The car was equipped with Glenn Hutchison`s Ford Windsor motor, which makes the car run super 600 hp. The transmission is a six-speed one.