Lamborghini’s history has more than 55 years -- in a series of ups and downs, ingenious inventions and unsuccessful models. However, successes were significantly higher than failures. All cars of this Italian manufacturer, even not too successful, are different and characterized by originality and unbridled. No wonder Lamborghini’s logo is a golden bull on a black background, evoking associations with bullfights.

The World famous company from the small village near Bologna brought the model Lamborghini Miura through an unusual arrangement of the engine. Subsequently, the decision had inspired designers to create unusual, sensational form, which can be traced in all subsequent models.

No doubt, Lamborghini is a name that means top performance, luxury, quality and high aesthetics in automotive industry.

In addition, we offer you a collection of some of the finest concept cars by Lamborghini.

Lamborghini Pregunta (also known as Heuliez Pregunta Roadster) – is a supercar prototype, presented by the Lamborghini company at the Paris Motor Show in 1998. Its development involved the French body Heuliez. Pregunta in Spanish means “the question.” 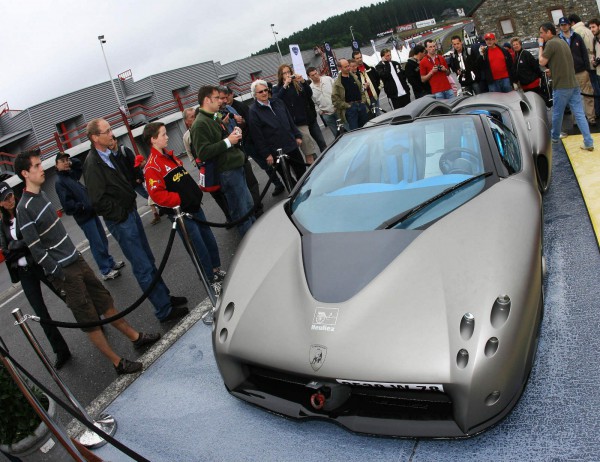 The car was built on the chassis of Lamborghini Diablo, from which it also inherited the body and the engine. The appearance of the car was futuristic, creating it its developers were focused on the Dassault Rafale jet fighter. On the front bumpers was located a spoiler, two large air intakes and xenon headlights, divided into several parts. On the sides there were also smaller air intakes, and taillights, as well as the headlights, were composed of individual segments. Like the Diablo, in the Pregunta there were also scissor doors..CLICK BELOW ON NEXT PAGE..to SEE MORE CONCEPT LAMBOs..