The updated version of `27 Chevrolet Series AA Capitol was the `28 Chevrolet AB. Distinctions were made in the wheelbase (it was lengthened for four inches), facelift, body panels (smoothly integrated), fenders (more flowing), hood (straighter and longer), brake system (four wheels), and ventilating windshield. 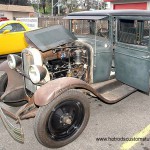 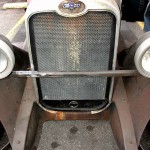 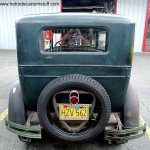 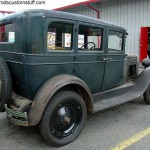 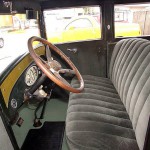 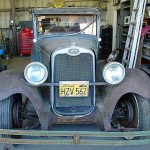 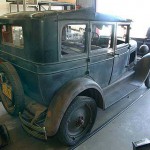 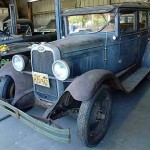 During 1928 Chevrolet outrun Ford as the top sales leader. The Chevys were a little bit expensive and luxurious. In addition, Ford was stated in from model T transition to model A.

In 2008 Mel Chamberlain accidentally found an original `28 Chevrolet sedan on e-Bay. Interior-wise, the Chevy was untouched, but still all those years have done their job. Concerning the exterior, it was almost rustless. All in all, the car required an incomplete frame-off restoration.

Mel decided to take his car to the Hot Rod & Custom Stuff team. Principally, the engine got an H&H rebuild. The aim was to make this machine run smoothly yet again. So, the transmission, brake system, steering and suspension were the points that were fully taken care of.  Moreover, the car was branded with New Firestone 440/450-21 tires. Its corduroy upholstery interior was refreshed.