Motor Trend has put various American muscles head to head. They`ve done the Dodge Challenger SRT against Mustang GT500, which was later on faced with Camaro SS. They`ve done every possible combination possible on the American muscle market, except the one we have prepared for you today. So, here you have: Motor Trend adds one more member to the double combination. On the set there is Hennessey Camaro HPE 650 vs. Speedfactory Challenger SRT8 vs. Shelby GT500 Super Snake. 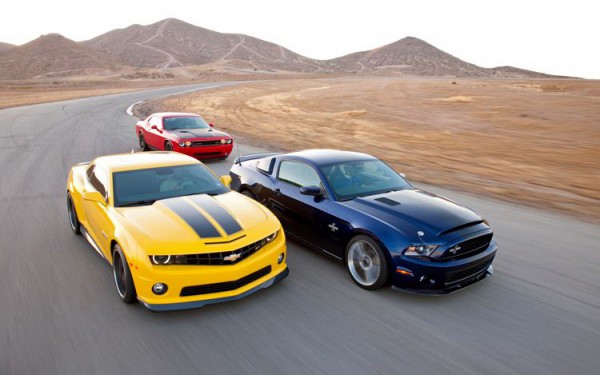 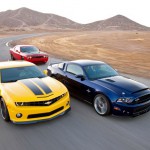 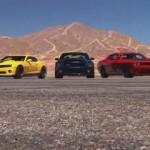 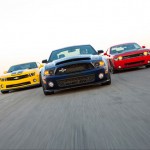 The Hennessey has more aggressive valve springs and camshafts. There is Tremec 6B manual transmission. This car is supposed to run around 650 horsepower. The Speedfactory Challenger has upgraded fuel injectors which make this car`s breathing much better. Under the hood, there is Vortec V3 supercharged engine with Corsa stainless steel exhaust. The car is wired with high torque five-speed automatic transmission. Las, but not least, the Super Snake runs on a whipple supercharged 5.4-liter VA engine wired with six-speed manual transmission with 373 gears. The driveshaft has been upgraded.

As these are not normal manufactured vehicles, but rather aftermarket tuned ones, they underwent instrumental and race track testing to check whether their performance match the specifications that have been adjusted to them.

Check out the video above to see the numbers on track. Which is your favorite?