For almost every one of us Skyline is the holy grail of the automotive industry, with the most sacred, no doubt, is its progenitor Hakosuka. Kevin San from Sydney, Australia has been an enthusiast for Japanese Domestic market cars in the past 20 years. In 2011 Kevin completed another of his amazing projects – a replica of the 1971 Skyline Hakosuka GT-R. His obsession with JDM cars begin in the early ‘90s when he saw an Option Drifting Video being totally mesmerized and knowing that he had to have a part of it. So he started buying various JDM cars which he also used for drifting. 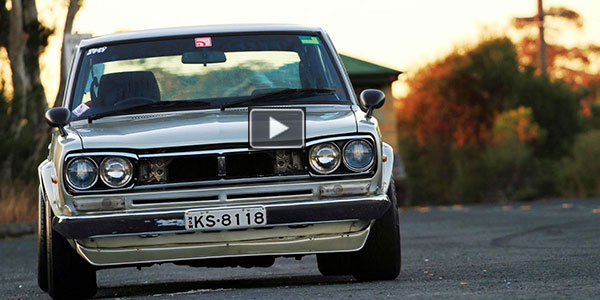 Seeing the Hakosuka for the first time in his life when he was in Japan, he knew instantly that he’s going to get one for himself. In 2007 he bought a Hakosuka a decided to make a restoration project with it. The whole project was quite an adventure.