The two-tone body ended, and so came back “Sting Ray”, in short, it was preparing the ground for the arrival of the C2 Corvette. All this camouflaged as a “show-car”: the XP-700 even had a rear view mirror “periscope” above the windshield, as the first Lamborghini Countach, so it would look like a show car. In fact it was the first Corvette to be on the cover of Motor Trend. The magazine said that the mirror will “soon find its way to production” (magazines have been goofing with it for a long time).

In the end, the style with round rear lights of the XP-700 concept was later used for the production model and the prototype Mako Shark (with 6 headlights) in 1961. The Mako Shark appeared that same year. 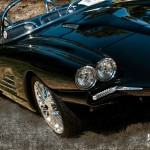 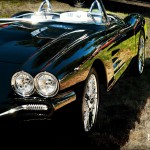 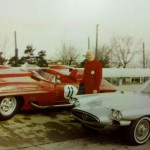 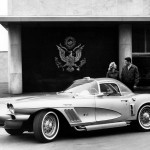