The new internet frenzy for the past day is a viral video showing a Range Rover driver running over a motorbiker. After the incident, a bunch of bikers attack the man. Fearing for the lives of his wife, the 33-year-old Alexian Lien, and his two-year old daughter, the Rover Drives turns on the Jeep and runs over the bikers positioned in front of the vehicle. So, the wild chase began! 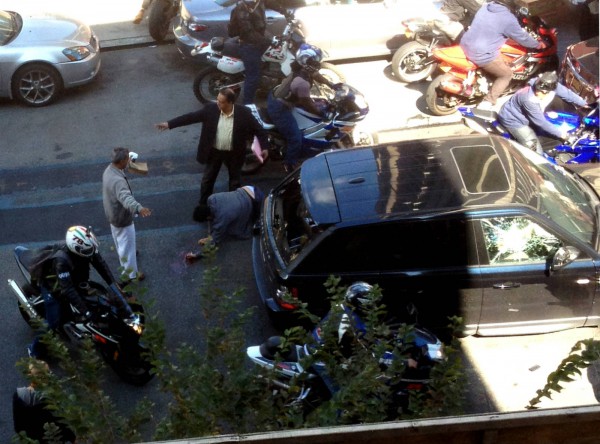 The motorbikes follow the Rover and, somewhere before Times Square, they finally seize him. The head-camera that has been recording the whole incident, at this time shuts down as the bikers assault the Rover driver.

The police reports that the driver has undergone several injuries; fortunately, not life threatening.

15 of the motorbikers have been arrested.

The case is under investigation.

Here, you can find the most important moments narrated by the CNN team:

To you, who is to be blamed? The Rover driver or the bikers? Or both sides? We are waiting on your comments!