We all are very eager to see the 2015 Ford Mustang concept; however, there is still more time to wait. Last year, we saw some spy photographers revealing snapped images of its interior. We presumed this photos did not reveal the final components, but rather testing ones. Our presumptions were true. Recently, new spy renderings came out revealing the final 2015 Mustang interior. 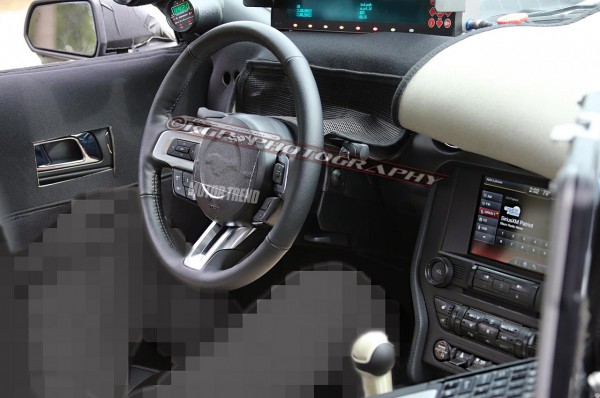 Primarily, the current steering have undergone certain updates. It features additional controls, most probably an expanded infotainment system using MyFord Touch. There is a paddle shifter behind the steering wheel, which omits the need of using the SelectShift toggle.

The instrument panel features new design. Something that we believe that it would be of a great interest to you are a dash-mounted start button, a row of toggle switches featuring one for traction control, and controls for cooled seats (a Mustang first).

The windows appear to smaller and more angular in shape.