BMW’s motorcycles are really fast machines. However, San Diego BMW Motorcycles wanted to make at least one of them faster. Therefore, they decided to team up with the owner of Alpine Performance in Australia, Shane Kinderis. The tweaks adjusted to the BMW motorcycle is water-cooled, 4-stroke in-line, four-cylinder-engine which delivers 220 hp (the maximum output being 193 hp). Plus, Mike Verdugo of Catalyst Composites in Escondido, CA, gave the motorcycle a fairing for a better aerodynamics. 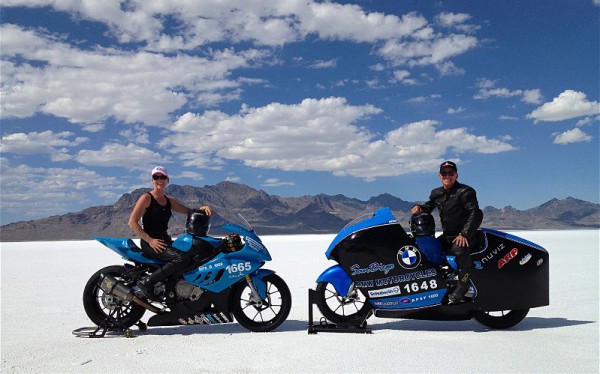 Once the customizing was finished, Erin Hunter and Andy Sills of Hunter Sills Racing, a professional high speed riders who are participants in Landspeed Racing competitions, decided to run the motorcycle.

The modified BMW S 1000 RR was presented on the Bonneville Salt Flats in Wendover, Utah. It reached its maximum speed of 224,190 miles per hour on Friday, August 16 2013. This made it the fastest motorcycle in BMW’s history.

“We are coming to Laguna Seca to race the World Superbike event in a month, so the engine development was good for us,” said Shane Kinderis. “This was a good proving ground for R & D for the World Superbike program and to test the technology we’ve been developing.” 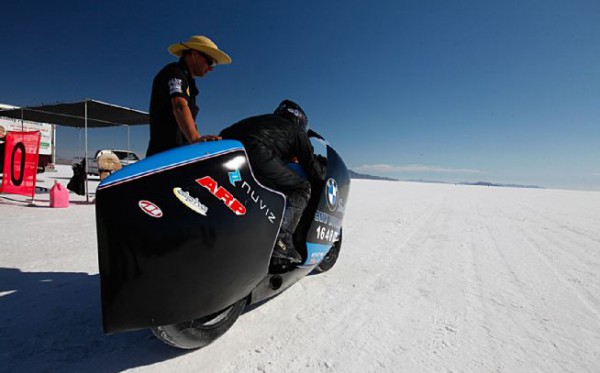 “This was our first opportunity to test the Alpine Performance tuned motor and new Catalyst fairing design for the S 1000 RR, and were delighted by the results. We worked with both companies while roadracing the S 1000 RR and we knew we could work together to make the S 1000 RR fast….really fast. Our senior race technician, Curtice Thom, worked alongside Shane Kinderis assembling, testing and tuning the engine to bring out the best performance in this bike. After just nine passes on the unusually difficult Bonneville salt course, we set a new SCTA record and Andy earned a spot in the coveted 200 mile per hour Club. We owe a great amount of the success of this project and thanks for the help we received from our technical partners: ARP (Automotive Racing Products) Fasteners were used exclusively in this engine to ensure it stayed together under the incredible stresses. Maxima Oils: The Maxima 530RR was our insurance policy against excessive friction and heat. The full line of Maxima products were used to protect the bike from one of the harshest environments on the planet. Catalyst Composites, maker of all kinds of motorcycle racing bodywork. Alpha Racing, providers of high performance specialized engine parts. Sprint Filter, suppliers of the world’s finest air filters,” noted Gary Orr, owner of San Diego BMW Motorcycles. 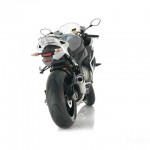 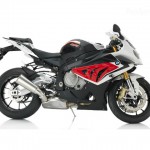 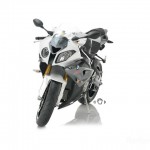 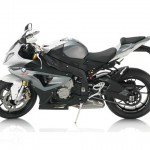