The Aventador is “the fearless look” through which Lamborghini sparks off its revolutionary thinking on a whole new level. This Italy made car brand is a symbol of “a timeless powerhouse” furbished in a sleek and streamlined facade. 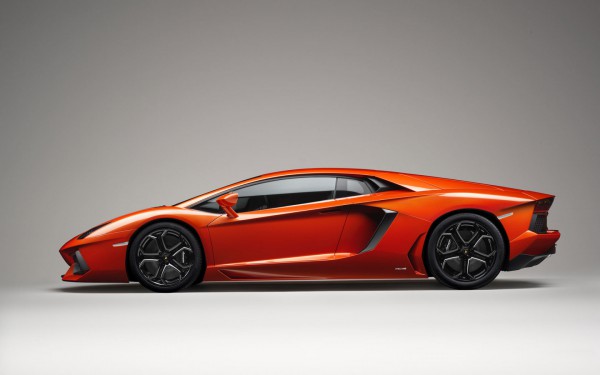 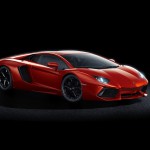 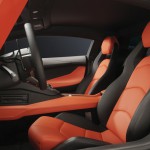 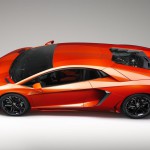 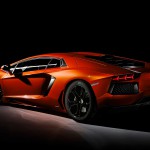 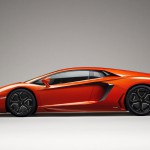 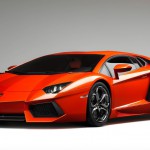 Aventador`s etymology dates back from 1933, a year when some bulls known as aventadors fought in the area of Saragossa in Spain. The bull`s fearsome stamina fits perfectly to this Lambo`s character. 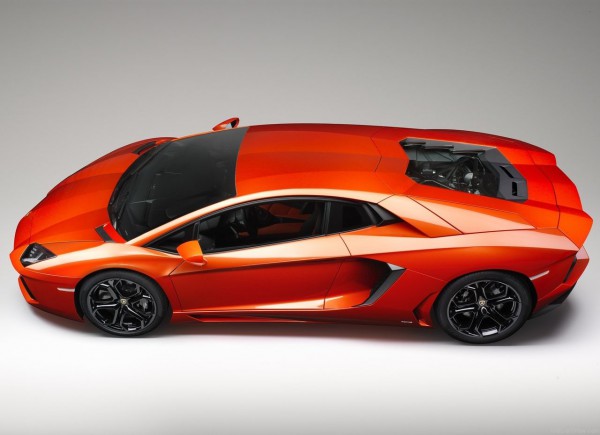 Yes, it`s high time we said a word or two about the machine that drives this monster. Crafted in Sant `Agata Bolongnese, a brand new 6.5-litre 60° V12 engine was inserted centrally in the Aventador`s hood. Lamborghini has a long standing expertise in V12 engines. This one weighs 235 kg and delivers a 700 HP (515Kw) maximum power at 8, 250 RPM. The maximum torque produced is 690 Nm (507 lb-ft). Internally, the engine was coded as the L539.

Further specifications worth mentioning regarding the engine are the variable valve timing electronically controlled gear, catalytic converters with lambda sensors, and oil and water cooling system in the rear with variable air inlets. 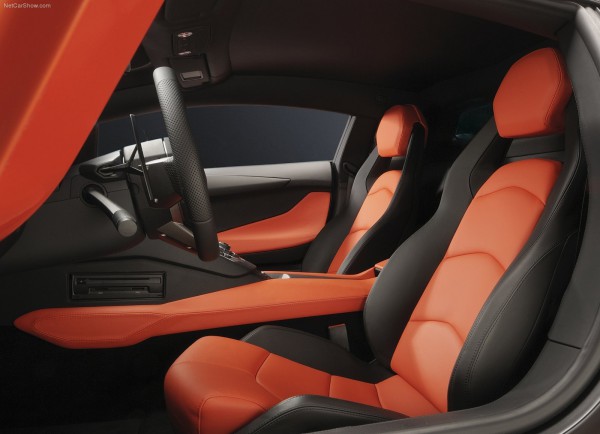 In addition, the frame of the Aventador LP 700-4 is made of carbon fiber monocoque with some aluminum front and rear frames. The hood, side air inlets, movable spoiler, and front fenders and doors are manufactured of the same material as well. Further technical equipment are electrically adjustable heated mirrors.

There is 4 WD Haldex generation IV transmission and 7 speed gearbox.

Design-wise, the interior exhibits hexagons and trapezia. There is color pattern selection freedom. What`s innovative in this sector of the car is the TFT display that serves the customer with all the necessary information.

The proud successor of the Aventador is the Lamborghini Aventador LP 700-4 Roadster. This Aventador has been concerted to an all-open coupe, which is somewhat a sportier version of the original Aventador successfully keeping the elegance and refinement.

Practically, the Roadster is having the same technical specifications. The standard V12 MPI engine is adjusted making this machine hit 350 km/h in 3.0 s.

The main focus in the Roadster project is to harmonize all the body components in order to optimize the aerodynamics. By accomplishing this, the cornering speed and acceleration is boosted. A peculiar element of the Roadster is the integrated rear wing. The ensuing 0 to 100kph (0-62mph) in just 3.0 s. is has proven that this Roadster has smashing aerodynamics. 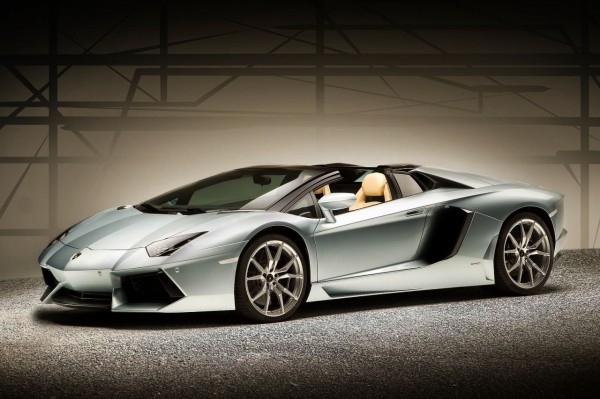 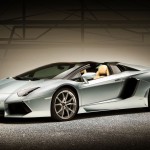 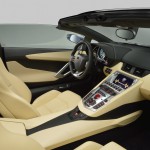 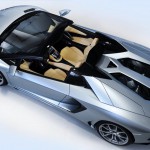 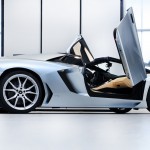 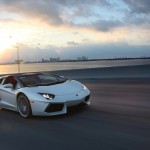 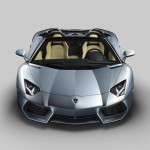 What`s extremely noteworthy is the roof craftsmanship. Each of its halves is weighing no more than 6 kg. The synthetic inner and outer layer is being highlighted by carbon fiber. The most amazing characteristic of this Aventador is the high practicality of the roof. It can be adjusted or removed in the blink of the eye. At 90 kph the noise level is 60 db, while at 180 kph it is 80 db. 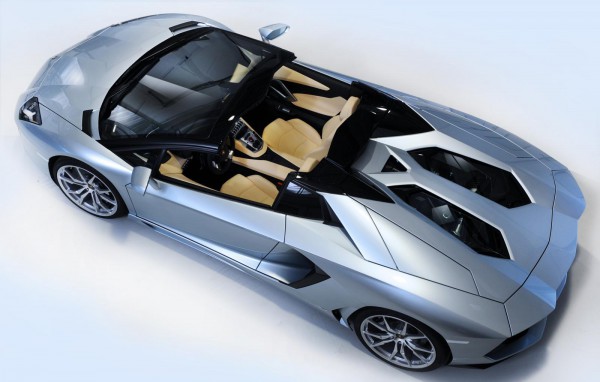 The additional carbon fiber inserting for the roof adjustment contributed to the Roadster`s 50kg additional weight. Nonetheless, the carbon fiber itself is a light material. That`s why the monocoque of the Aventador Roadster is completely produced of carbon fiber. By establishing this, the vehicle`s safety and performance is enhanced.

This high-powered beast has represented a challenge to a myriad of tuning houses. They just simply could not contain themselves from adding a little bit extra power or making its surface even more appealing and sleeker.

The DMC team set itself for a design-wise mission. The guys over there discarded the engine betterment, as they were perfectly satisfied with the 6-litre V12 engine. The first tuning package offered by them is known as “Allegro.” Inspired by the Sesto Elemento and the LP 670, they adjusted a rear wing. This feature can be noticed at the Lamborghini Aventador Roadster. There is both a matte and glossy option. Moreover, additional elements by this tuning house are new side skirts, a corner spoiler, and a new front wing spoiler. 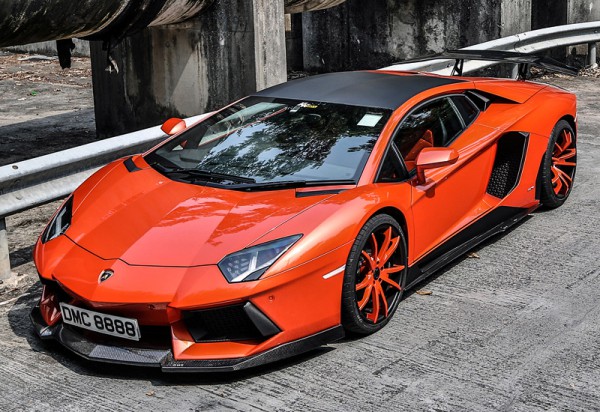 Now, let`s see what the guys at Print Tech contributed this Aventador to be as best as possible. They did not dare to make engine changes as well. Thus, they foliated the Aventador with orange-red chrome. Unbelievable $13, 760 at the current exchange rates are required for purchasing this orange-red-chrome foliation. In the tuning package window tinting, powder-coated wheels, and a valve-controlled exhaust system are offered.

Lebron James was gifted a one-of-a-kind Aventador tuned by designer Rich B. Caliente in collaboration with Toys for Boys Miami and Lou La Vie. The tuning package was named after the famous basketball player, the 2013 Lamborghini Aventador Lebron 11/11 Experience. Caliente was inspired by the South Beach-design in “King`s Pride” featured in the Lebron X Low Championship pack Edition. 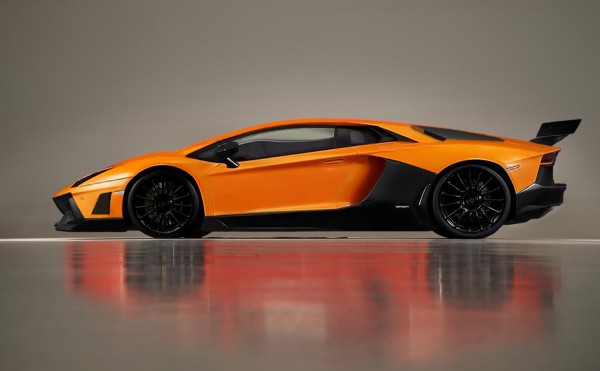 Furthermore, there were tuning houses that were more challenged in boosting this monster`s performance. DMC again! It seems like the DMC team was trying to tune the Aventador to the fullest. Its 2013 Lamborghini Aventador Dieci has marked their 40th tuned Lamborghini. The guys at this tuning house managed to change the largely established L700 into L900. The L700 stands for the original 700 horsepower established by Lamborghini. However, the DMC team boosted the Aventador`s engine power to 900 horsepower. To succeed in this, per one cylinder, 12 single-intake throttle plates were inserted; the engine electronics were customized; new wiring and a new titanium exhaust system were added.

The car`s exterior was taken care of as well. The spoiler sword, front splitter lip were restyled, tunnel system and carbon fiber diffuser were lightened.