In the previous month Shelby revealed its intention of auctioning the very first produced GT350 for 2012 at Barrett-Jackson in Las Vegas. So, the announcement became a reality. The car`s new owner purchase it for $137,500. 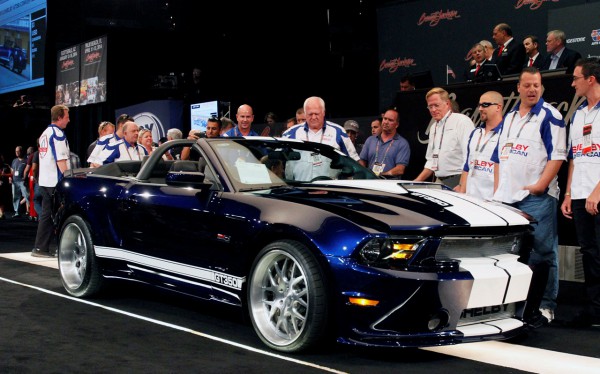 The vehicle was Carroll Shelby`s. It debuted at the Chicago Auto Show. It delivers optional 624 horsepower by a polished Whipple supercharger system. The car is allows adjustment of wider Michelin Pilot Super Sport tires. 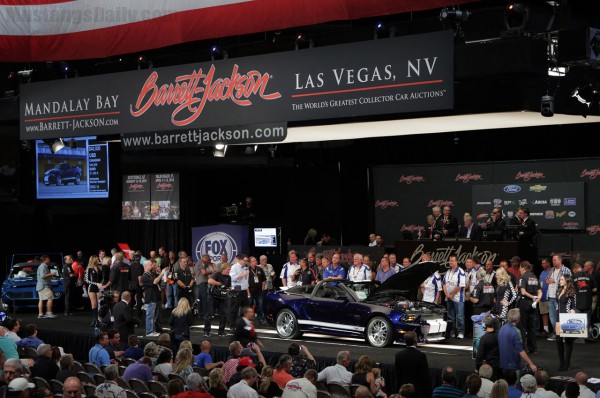 “We carefully documented the build of this car,” said Gary Davis, Shelby American Vice President of Production. “Carroll was very excited about the new wide body option, so that was included on this car. It’s the first 2012 GT350 serial number from our anniversary year. It is a very special car.”