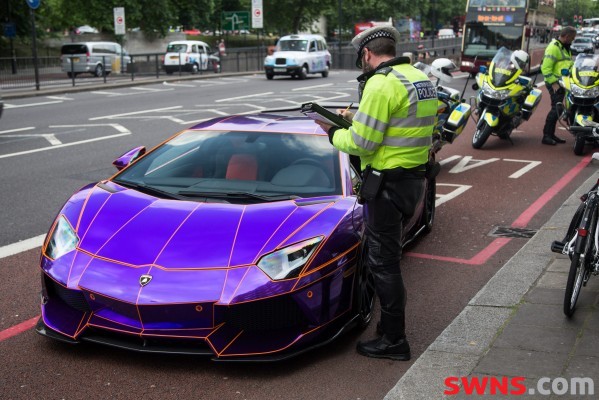 This grand Lamborghini Aventador these days faces a high risk of entering the crusher`s waiting room.

Nasser Al-Thani, a 24-year old Qatar citizen, was caught red-handed on Wilton Place by the Knightsbridge`s police allegedly due to insurance lack.

These days, the mainly purple colored mastery, supposed to have an astounding night glow, is New Scotland yard`s décor until the police decides the destiny of this 380,000 USD Italian supercar.

The owner of this excellence was namely pulled over as he lacked license plates. It is utter nonsense and a total loss to demolish a supercar at its best. If they really go for it, the car should be better given to Top Gear UK as it would be smashed “gracefully”.