The time has come for the USAF Thunderbirds Edition 2014 Ford Mustang to be sold. The final bid was $398,000. This Edition was developed by Ford Motor Company and built by Creations n’ Chrome. sold for $398,000 at the Gathering of Eagles charity auction. The purchase has been done at the the 2013 Experimental Aircraft Association (EAA) AirVenture Oshkosh, which is more often depicted as the “World’s Greatest Aviation Celebration.” 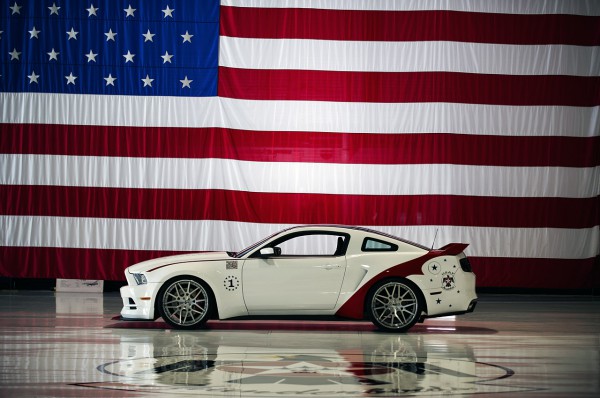 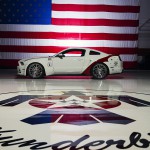 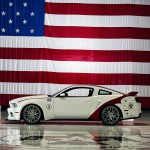 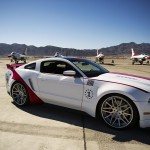 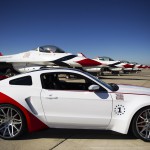 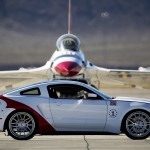 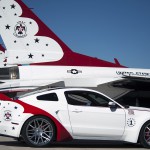 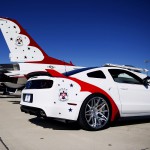 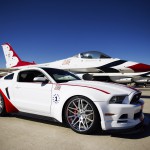 This program has been providing safe travel for more than 1.6 million people since 1992. It serves as an incentive to generations of aviators, leaders, and innovators.
Edsel B. Ford II, a member of the board of Ford Mustang said: “The dedication and excellence displayed by the United States Air Force Thunderbirds are qualities we also celebrate at Ford. With this year’s beautiful U.S. Air ForceThunderbirds Edition Mustang, we’ve captured the recognizable symbols of their stature and paired it with the innovation our Ford design and engineering teams build into all of our products.”

Jack Pelton, EAA Chairman, added: “Ford is a longtime, committed sponsor of EAA and AirVenture, bringing value to those who make Oshkosh the pinnacle of their aviation year. These specialty vehicles reflect the depth of Ford’s commitment and allow EAA to provide support to its valuable programs and dedicated members in helping us grow the next generation of aviators.”

The USAF Thunderbirds Edition encompasses five other unique Mustangs created by the Ford engineering and design teams: the AV8R in 2008, the AV-X10 “Dearborn Doll” Mustang in 2009, the SR-71 “Blackbird” Mustang in 2010, the “Blue Angels” Mustang in 2011 and 2012 “Red Tails” Mustang.