Before ending a series of driving, the Smoking Tire decided to hit Mailbu canyons yet again. This time`s pick was the 2011 Shelby GT500. This beauty wasn`t alone, but accompanied by Firebird-converted Chevy Camaro. This Camaro is a special one. It was tuned by Classic Design Concepts/Exxodus Pictures with 600 horsepower and it was named “Firebreather.” The Firebreather has a beastly design which can be captured in Jinn, a 2012 thriller. 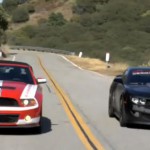 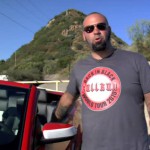 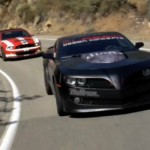 Shelby`s engine is all-aluminum 5.4-liter supercharged, which runs 550 horsepower and 510 pound-feet of torque. It sounds like a 4GT, which makes it similar, but not identical. This car provides plenty of comfort. However, the shifting can be a bit unpleasant if you`re doing it fast. Thus, perform this slowly and the car will reward you.

Let`s pay attention to the Firebreather a bit! Although this monster was the hero in Jinn, this car`s production is not for movie purpose solely, but rather the company produced 50 units for the market. This is the first time that a movie hero car can be purchased directly from the company that produced the movie.

We strongly suggest you watch the video above and see what Smoking Tire pro has to tell to you for both of these cars. We are waiting your comments!