Get ready for the 2013 best driver`s car selected from a thoroughly examined list of high-performance cars. The competition is governed by Motor Trend‘s Angus MacKenzie, Associate Road Test Editor Carlos Lago, and the acknowledged race car driver Randy Pobst. There are 12 short-listed models varying from most agile and instantaneous to stiff and edgy. All of them have excellent performance, some of them more corpulent and difficult to handle, whereas others with excellent intercourse offered. 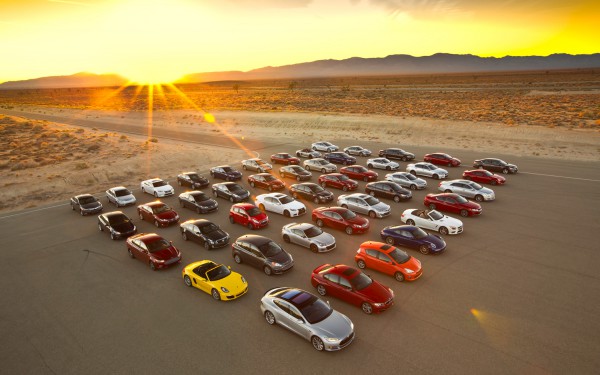 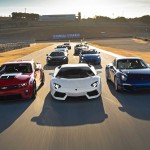 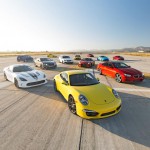 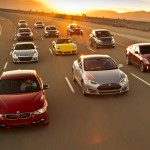 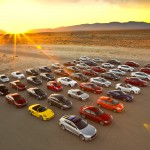 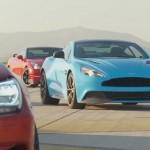 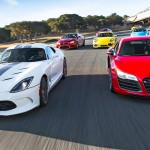 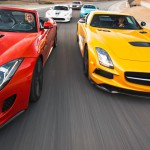 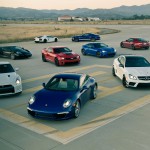 The testing is performed on both road and track. The first session is Highway 198 touring with Mackenzie and Lago, who share their subjective outlook regarding the top ranked cars.

We are going to have a brief intro for this video, writing a word or two about the opening high-performance cars. The first session starter is the Jaguar F-Type. The F-Type is definitely the rough diamond Jaguar has been trying to grind all these years. It is small, light, nimble, visceral, agile, and immensely thrilling. This machine offers lots of power, no delay of response. The hot temperatures in the afternoon are the factor for the slipperiness on the road. MacKenzie feared that the Jaguar won`t be able to handle the pressure. Well, this car turned out to be worth the wait. Yet, it was established that the V-8 engine is too much for the car.

The next on the list is the Ford Focus ST, which has lowest power, economy car roots, front drive, no lavish twin clutch option, and fair amount of torque that can be felt at every instant. The ride is simply adorable as the handling is extremely flexible, quick, and precise. Although the other cars from the branch are far more faster, this car`s cornering speed meets their abilities.

Porsche 911 Carrera S is always driven with such a great pleasure. This version bears similarities to last year`s Carrera 2S, with one of the differences being extra weight in the S type. The shifting is crisp and instantaneous and “you know exactly where the car is going to land,” MacKenzie could not hide his amazement. He compared this vehicle to liquid mercury.

The featured video takes time, but we guarantee an hour and seventeen minute long quality one. These guys are pros when it comes to a comprehensive survey and elaborations on each of these cars` outcome. But before starting the video, we would like you to make your resolutions. Which of the 12 model car compilation is your winner? Share your results with us, as well as your agreements/disagreements with this year`s best driver`s car. Thanks for watching!

One thought on “Video: Choosing the 2013 Best Driver`s Car!”