In Michigan there is a beautifully designed black Riviera. The Riviera is now in Dave Younger`s possession. 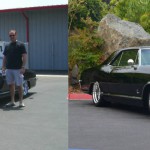 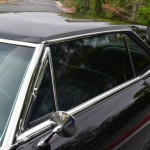 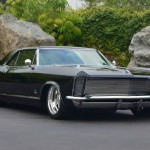 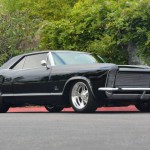 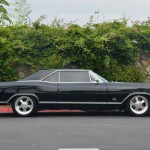 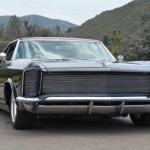 The time span between 1963 and 1965 seems to represent a milestone in the marketing and design at GM.  It was an era of personal luxury cars. While Ford proudly presented the Thunderbird, the GM team even more proudly laid four brand new models on the table: Oldsmobile’s Toronado; Cadillac’s El Dorado; Pontiac’s Gran Prix; and Buick’s Riviera. The best among these monumental cars was Buick`s Riviera.

The Dave`s Riviera was purchased on e-Bay for cheap money.  The guys from Hot Rods & Stuff were in charge of this epic vehicle. Taking in consideration its previous red paint exterior, and white interior, we assume Dave wanted to express even more the extravagance and might of this car, so he painted it black. In addition, he chopped off the roof for two inches. On the other hand, the body could not be lowered down due to the bad Michigan roads. Thus, the air bag was the only resolution. A Vintage Air HVAC was installed immediately.

The V8 engine was replaced by a 510 hp LS one. The chassis and suspension have current standards.