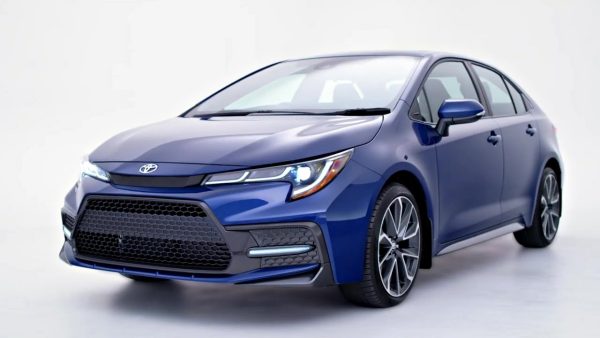 Toyota Corolla continues to be the best affordable car for Canadians. It is known for its reliability, quality, and practicality. The Japanese brand partnered with Canadian motors industries (now known as Toyota Canada) and has sold more than 4 million vehicles in this country.

In this informative guide, you will learn about Toyota Corolla insurance costs in Ontario and the factors that affect them. If you want to get access to the best Toronto car insurance rates, you can get a quote from the team at Surex, one of the top insurance brokerages in Canada.

Toyota Corolla insurance cost in Ontario — What is the average cost drivers can expect to pay?

On average, drivers have to pay roughly $1,950 yearly ($162 per month) for Toyota Corolla insurance costs in Ontario. However, the final premium depends on the model, type, and car owner’s profile. For instance, Paseo costs less than $240 a year to insure than Celica St.

While Corolla is considered the most affordable model, the average car insurance price in Ontario ($1600 -- $2000) is higher than in other provinces.

Still, compared to other models of Toyota and other luxury-oriented vehicles, insurance for Toyota Corolla is low. Here is a table depicting the average car insurance cost of the Toyota Corolla year-wise.

Note: For the average Toyota Corolla insurance cost in Ontario, we are considering a driver with a clean driving record, over 30 years old, a good credit score, and living in an average city.

Your insurers take into account several factors while calculating the premium for your Toyota Corolla. While some of them are in your control, others are not. Here are a few main factors that drive car insurance costs.

In Canada, each vehicle has a Canadian Loss Experience Automobile Rating (CLEAR), which depends on its claim probability, repair cost, and replacement value. So, modern vehicles with fully loaded features tend to fetch a higher premium.

Over the years, Toyota Corolla has significantly geared up its technology to compete. Accordingly, there has been a rise in insurance costs. Another factor is the chances of vehicles getting stolen. Toyota Corolla is considered vulnerable to theft, so insurers consider it a risky model.

A bad driving record exposes you in front of insurers. Some major and even minor tickets, like speeding, can go against you. The more the number of tickets, the more you have to pay for car insurance premiums as it increases the probability of filling at-fault insurance claims. Whereas the opposite is also true, a clean driving record can get you a discount.

Lastly, where you live is also a major contributing factor to your car insurance cost. Car insurance rates in areas with high crime rates and claim histories are generally on the higher side.

In Ontario, claims due to fraud and severe weather are on the rise. So, to mitigate risk, insurers have hiked the car insurance rates in this province. However, it is not something

You can control, but there are ways to reduce your Toyota car insurance cost in Ontario.

How can you save money on insurance for Toyota Corolla?

Although the average cost to insure a Toyota Corolla is $1950, there are a few hacks to save money on car insurance premiums. Here are some of them

As mentioned, car insurance varies from provider to provider. So, comparing car insurance quotes online is the best strategy for finding an affordable policy. Moreover, on car insurance brokers’ websites, you can compare the rates, coverage, and add-ons in one place.

Depending on the age and model of your car; it is not always necessary to buy a fully-loaded policy. You can stick to mandatory or standard coverage to lower your premiums. For instance, buying comprehensive insurance with collision coverage for an old Toyota Corolla is not advisable. In a dilemma, work with your insurance provider to find the right solution.

It is always a good idea to bundle different policies like homeowners, boats, or even other cars of your home together. With this, you can save extra on each insurance.

While raising the deductible can instantly lower your monthly premiums, in the event of an accident, you may have to contribute extra out-of-pocket costs. So, only choose this option if you have a budget or emergency fund to cover these out-of-pocket expenses in the future.

You might be eligible for certain discounts if you satisfy some specific criteria, such as

The average cost of a Toyota Corolla in Ontario is high. But, it is not only due to the car model. Other factors such as inflation, more cars on the road, and higher claim rate contribute significantly.

However, there are ways to lower these costs and save on your Toyota Corolla’s insurance premiums. Among all, comparing the quotes is the best viable option. So, do not settle for less. Shop around to find the best coverage at an affordable price.